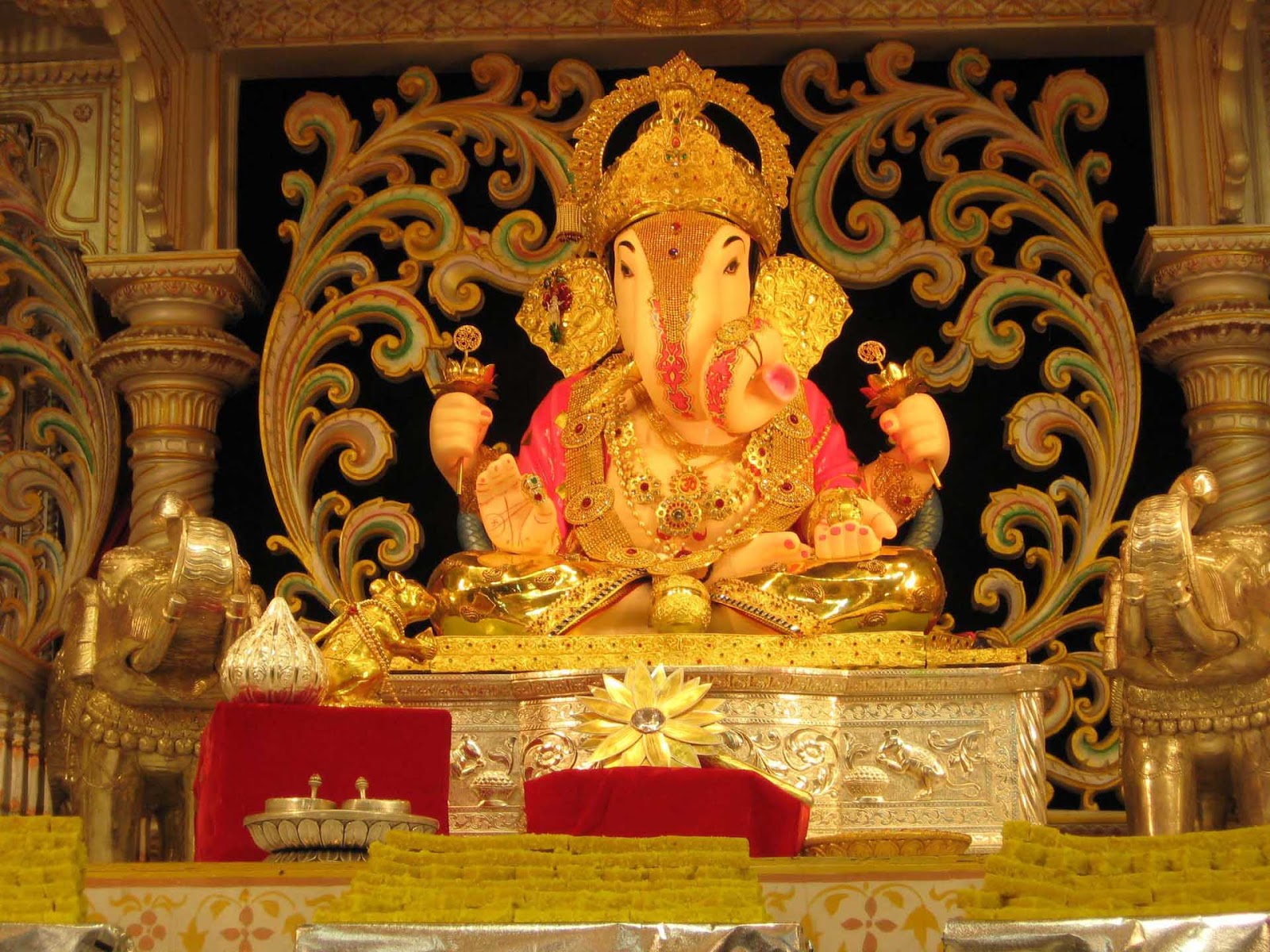 Hindu religion is a firm believer of God. Maybe that is the reason of why there is a Hindu temple that can be found in every locality in India. They are the most sacred place for a Hindu. No one even dares to contaminate the place by wrong thoughts, words or actions. Mostly these temples are managed by trusts formed for the purpose of managing the temples. Donations are collected from the worshippers with donation boxes. These are strategically placed in front of the god’s idol. There are temples which are too famous and people firmly believe that their all wishes will come true. Some temples receive more donation than others. This is the sole reason that they are counted top ten temples that are the richest in India . It is hard to believe, but some temples have money more than the richest individuals in India. For example: the Padmanabhaswamy temple which has assets worth $20 billion which is more than Mukesh Ambani’s net worth. It is the richest temple in India and the world. Let’s have look at the richest temples of India: 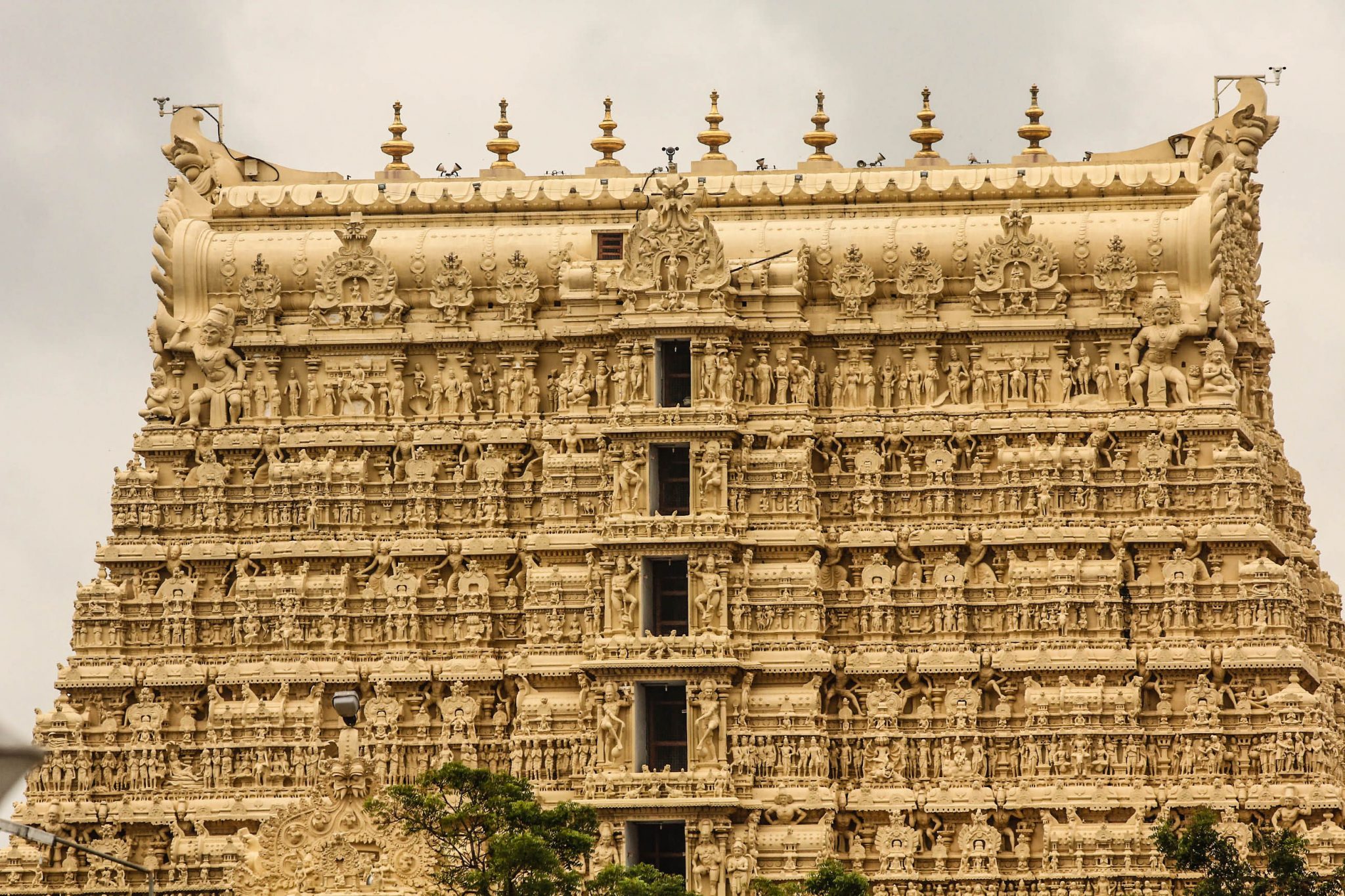 Padmanabhaswamy temple is not only the richest temple of India but world’s richest temple. It is one of the most famous temples in Trivandrum . This temple is built in the Dravidian style architecture. This is prevalent in southern India. The temple is dedicated to Lord Vishnu. The vaults inside the temple were opened only recently. These vaults were found to be flooded with gold, silver and diamonds. According to some people the value of the treasure is worth 1 trillion dollars. And this is the fact that puts the temple way ahead of any other temple in the world. And there is a very less chance that any temple will ever be able to match the amount of money it has. It’s beauty is worth seeing and firm determination of people for this temple makes it’s worth even more. 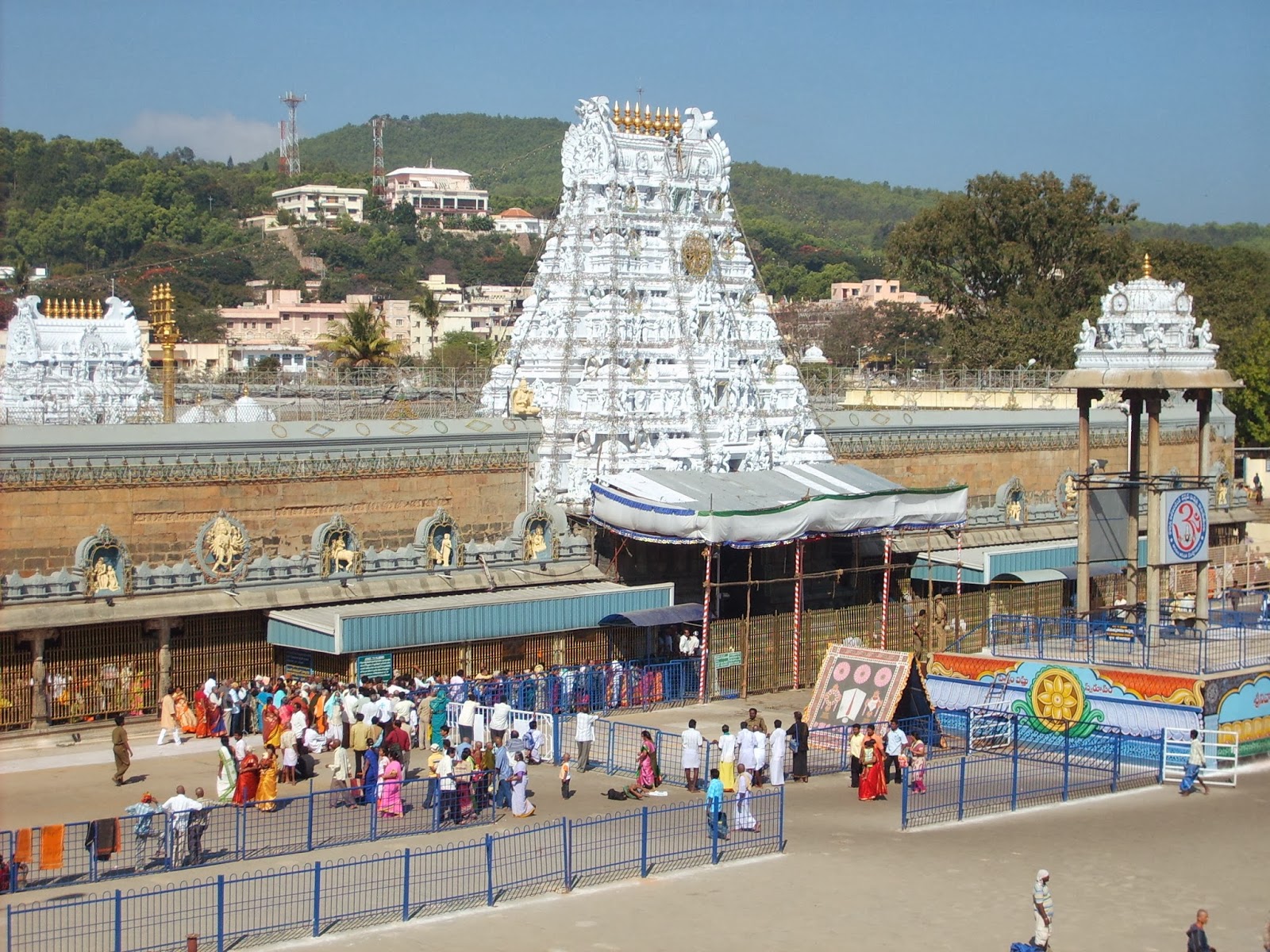 Venkateswara temple is another famous and much visited temple of India. It is visited by 50 thousand to 100 thousand people daily. This number shoots up to 500 thousand during special festivals and occasions. And if so many devotees are paying obeisance daily there is no surprise that the temple receives donations in large amounts. The
amount is that large that this temple is counted among the richest temple of the country. The Tirumala temple has gold reserves and 52 tonnes of gold ornaments. These ornaments include antique gold ornaments and vessels of deity donated by kings and even British rulers for over 1000 years. The net worth of the ornaments is over Rs 37,000 crore as per latest estimates. Not only this every year it converts over 3000 kg of gold received in donation box from pilgrims as gold deposits with nationalized banks. 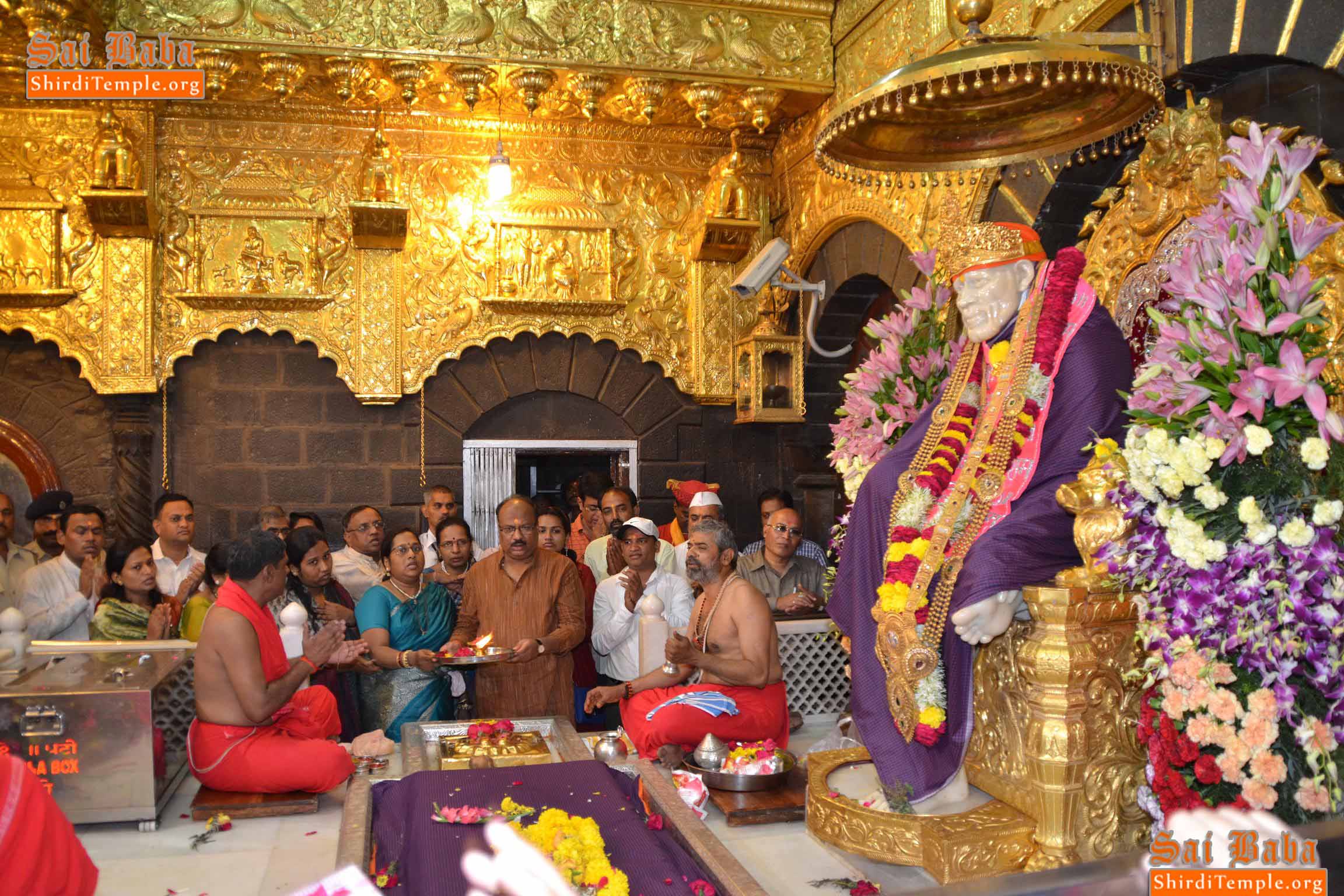 Sai Baba was the benevolent monk, who lived in the 18th century. He has a universal appeal in India. He is worshipped by the entire country and even by people from abroad. People from all faiths and cultures believe in him. He is the only figure in the Hindu religion, which has been photographed. This is just different from other gods who just feature in the ancient mythology. He was the saint, who lived with the common folk as a penniless fakir. He used to wear a torn kafni, slept over a mat while resting his head on a brick, beg for his food. He is loved by his followers. Crores of devotees visit this temple every year. It is the firm belief of people on him that he now sits on a 94-kg gold throne costing a whopping Rs. 100 million devoted by 2 devotees. 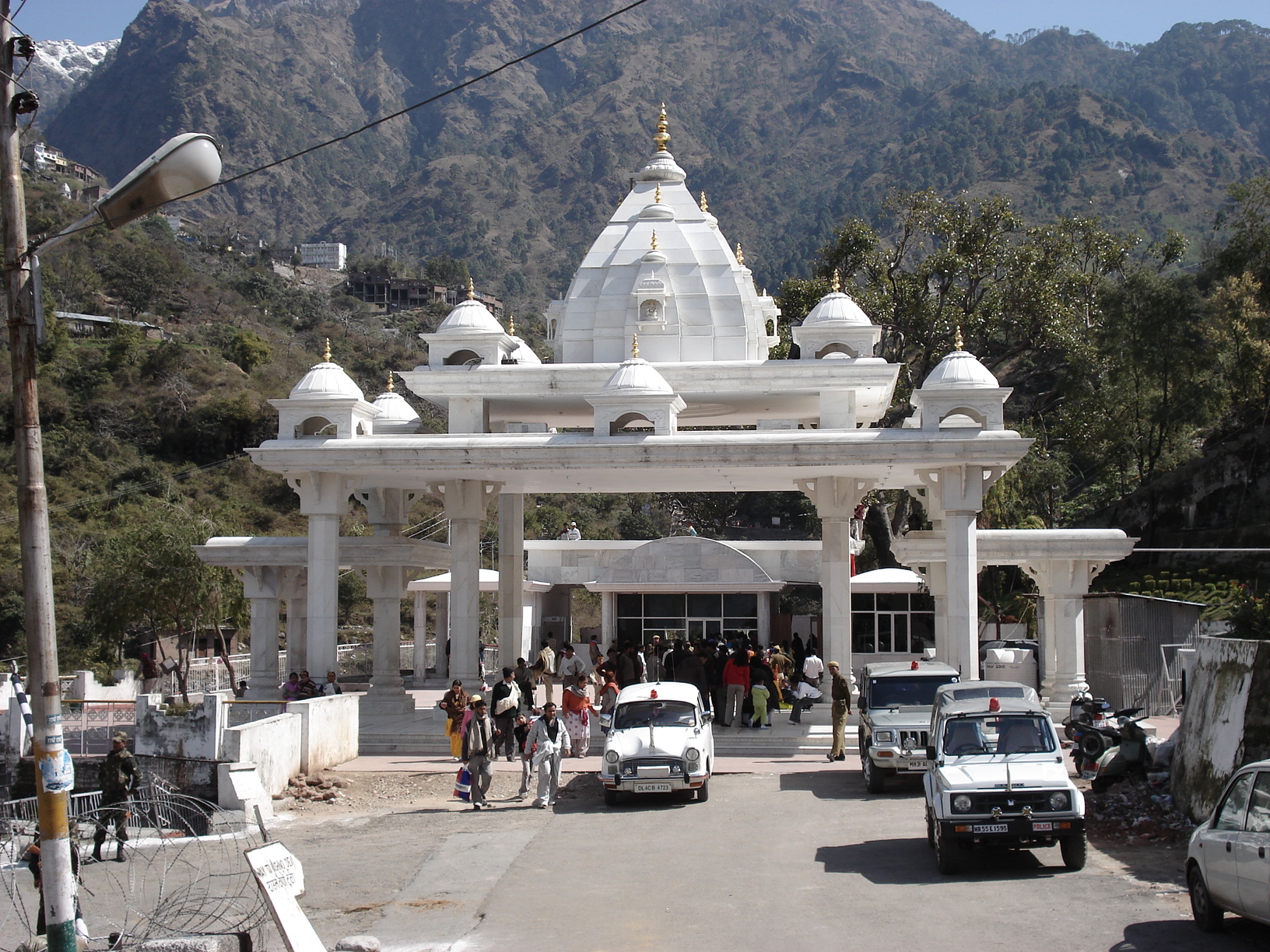 Vaishno devi temple is located near Katra in Jammu district. This temple is the second most visited religious shrine after the Tirupati temple. It is at an altitude of 5,200 feet. It is inside a cave on the Trikuta Bhagwati hill. Vaishnodevi is visited by numerous people in a year. The temple’s revenue has increased during the last few years. This is so as the number of pilgrims has risen. It has an annual income of around 500 cr. It is well known all around the world. The number of visitors increase during festive season and so does the donations.

The temple of the elephant god or Sidhi Vinayak is the first place almost all people of Mumbai will go before they taking a big step forward in their lives. This temple has devotees from all around the world. Due to this popularity there are a lot of donations. Talking about the dome over the main shrine of Ganesha, it is coated with 3.7kg gold. If we take into consideration the annual income, it is of more than 100 cr and 125 crores in fixed deposits. Because of this it is easily considered as one of the richest temples in India. 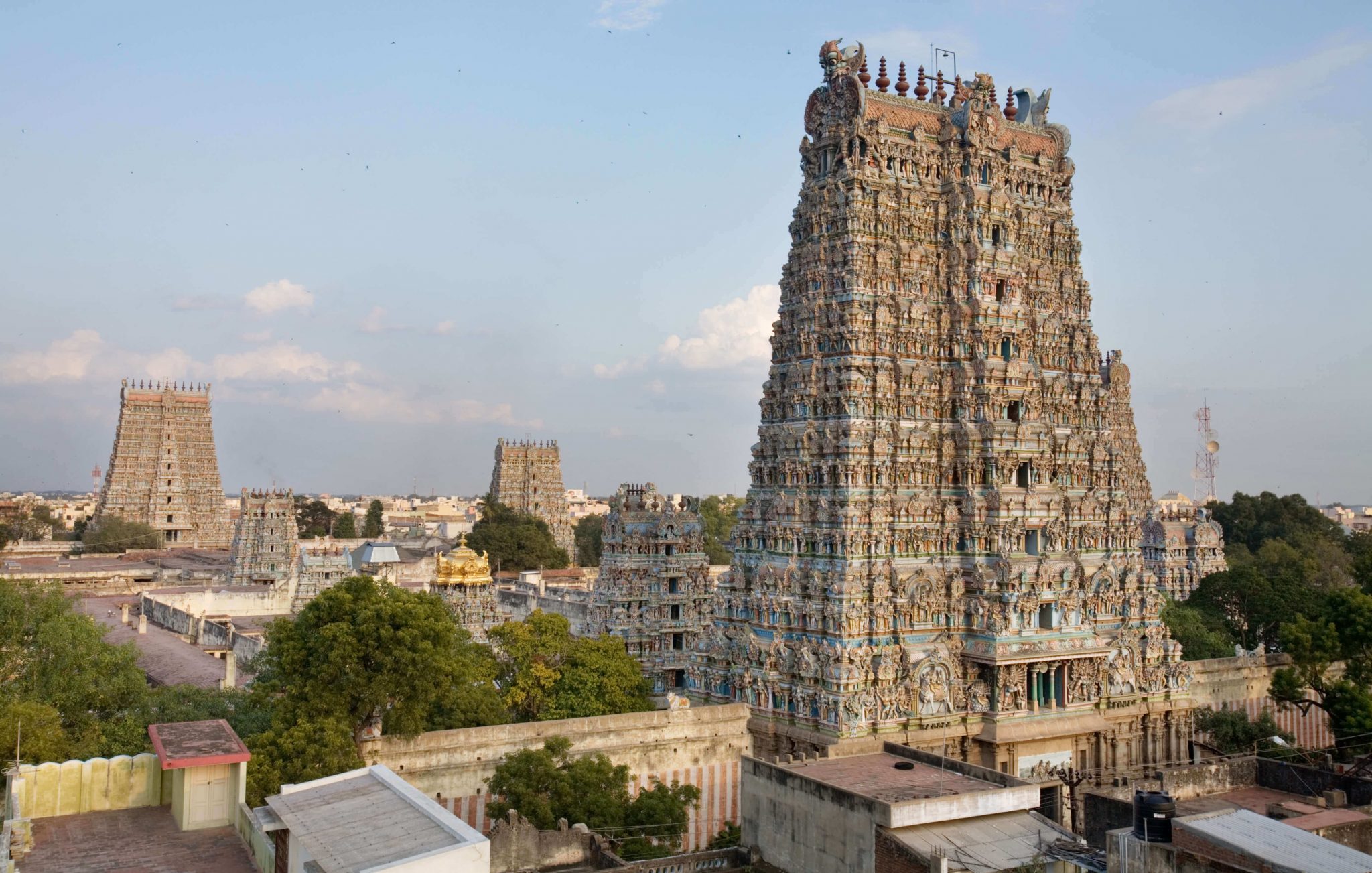 Meenakshi temple is situated in Madurai. The temple is surrounded by many other temples. Despite of this fact, the temple is visited by 20 thousand visitors a day. The temple was looted and destroyed by evil mughal leader Malik Kafur in the 14th century but it stands tall despite its troubled past. The enormous temple receives around 1
million visitors during its annual 10-day Meenakshi Tirukalyanam festival. This festival is celebrated through April and May. With this festival the temple gets richer by six crores or 60 million rupees every year. 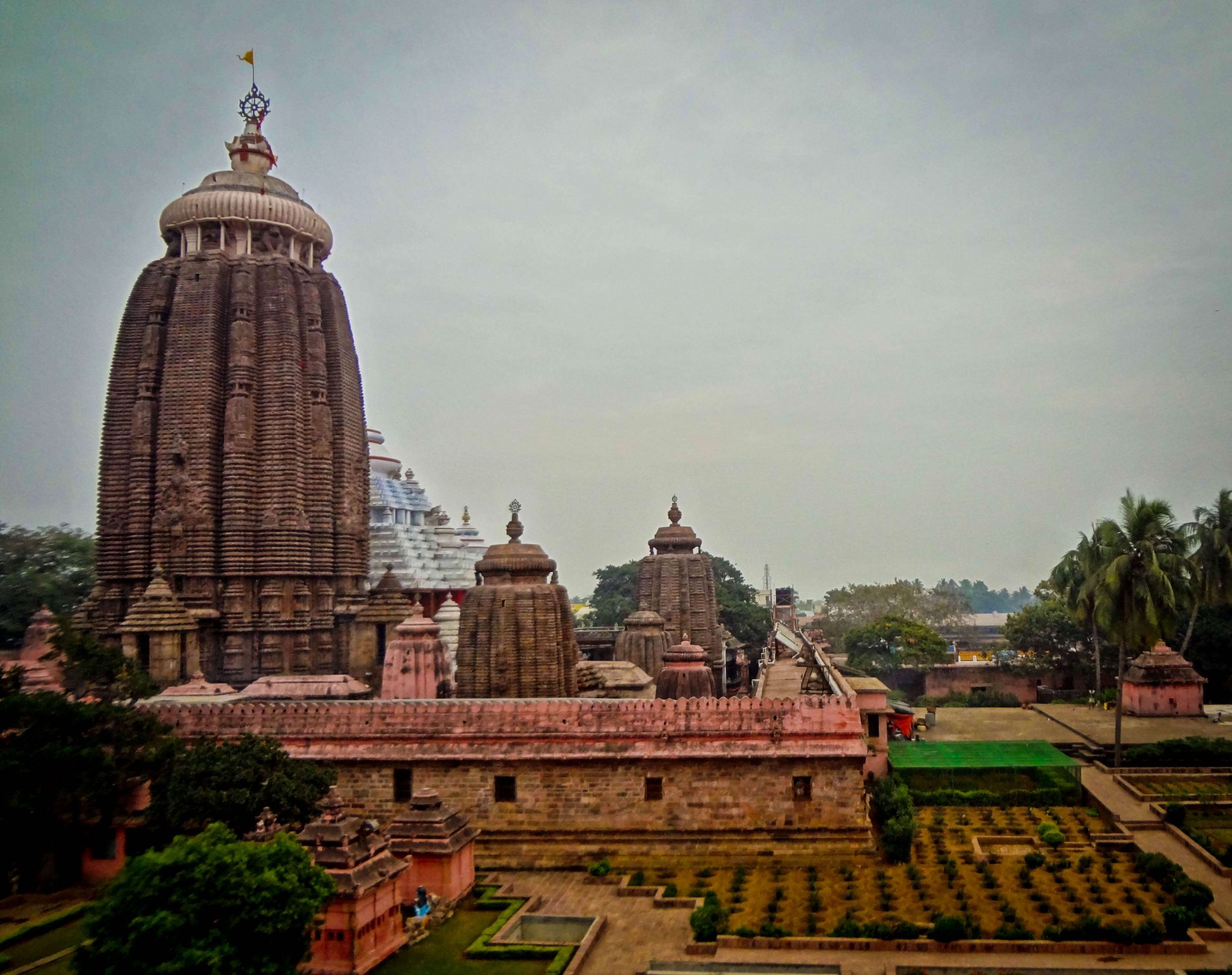 The temple dedicated to Lord Jagannath of Puri . It is also known as Temple of Daridra Narayan [god of poor]. This temple has a net worth of 250 cr with an annual income of 50 cr. It has been attacked 18 times since the 12th century for its treasure. It has 7 chambers out of which only 2 have been opened by temple authorities. There is no
estimate of its gold treasure. It is very well known that the deities are adorned with 209 kg of gold during the suna besha ceremony itself. The main deity of Kashi Vishwanatha temple is Vishwanathan. Vishwanatha means ruler of the universe. This temple certainly lives upto its name. The temple has 2 gold-plated domes. The annual donations of the temple are of more than 6 crores. Many rich people of the country are devotees of this temple like Industrialist Ganesh Gupta. For this fact the temple firmly places itself into the Richest Temples list. 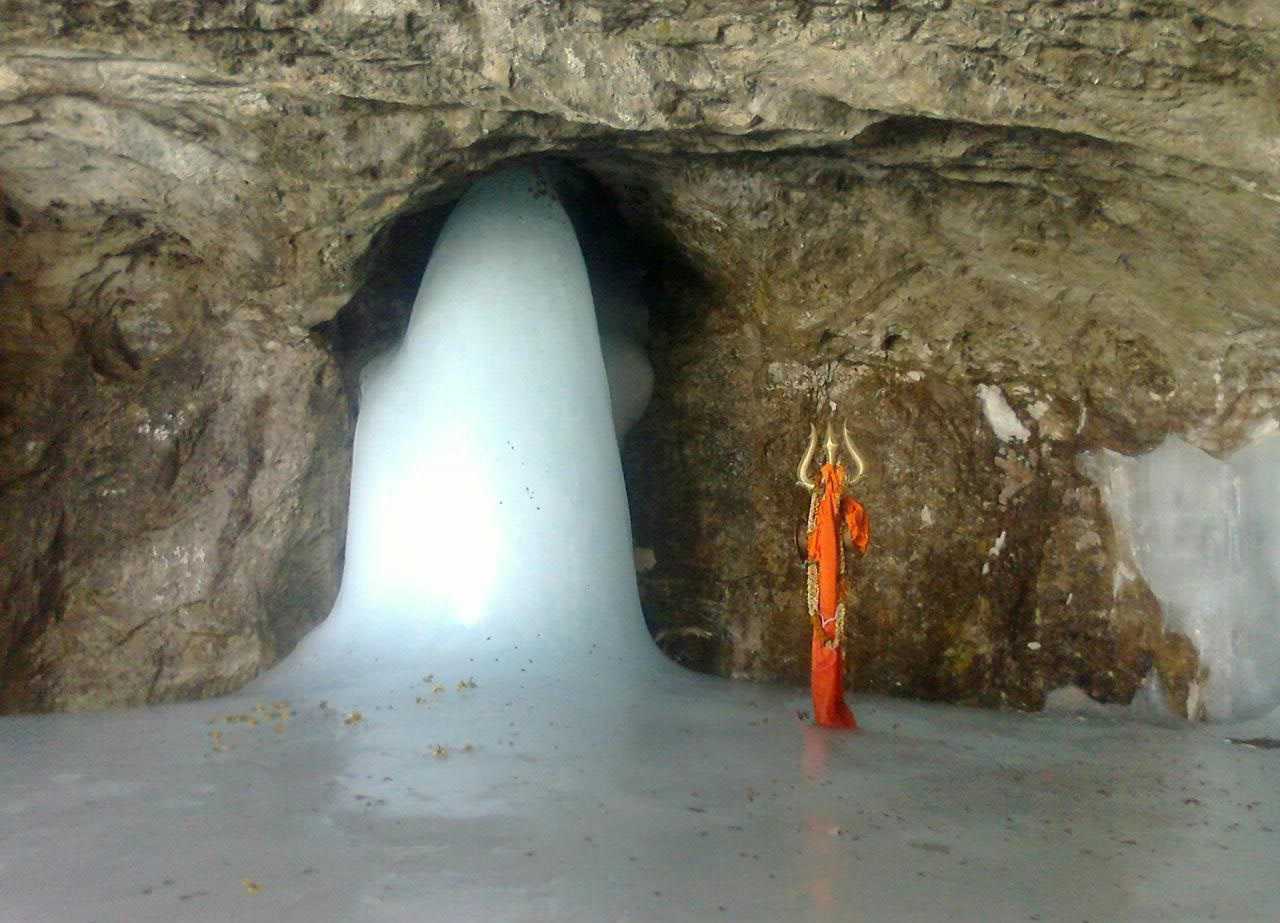 Amarnath is the most loved temple of devotees of Lord Shiva. Every year over 2 lac devotees undertake the trek to pay obeisance at holy ice lingum of Lord Shiva. The cave is in South Kashmir Himalayas. There are no fancy pillars and domes. Yet the visitor’s number increase every year. This pilgrimage definitely proves that it is faith in god’s powers and nothing else that attracts people every July to August. 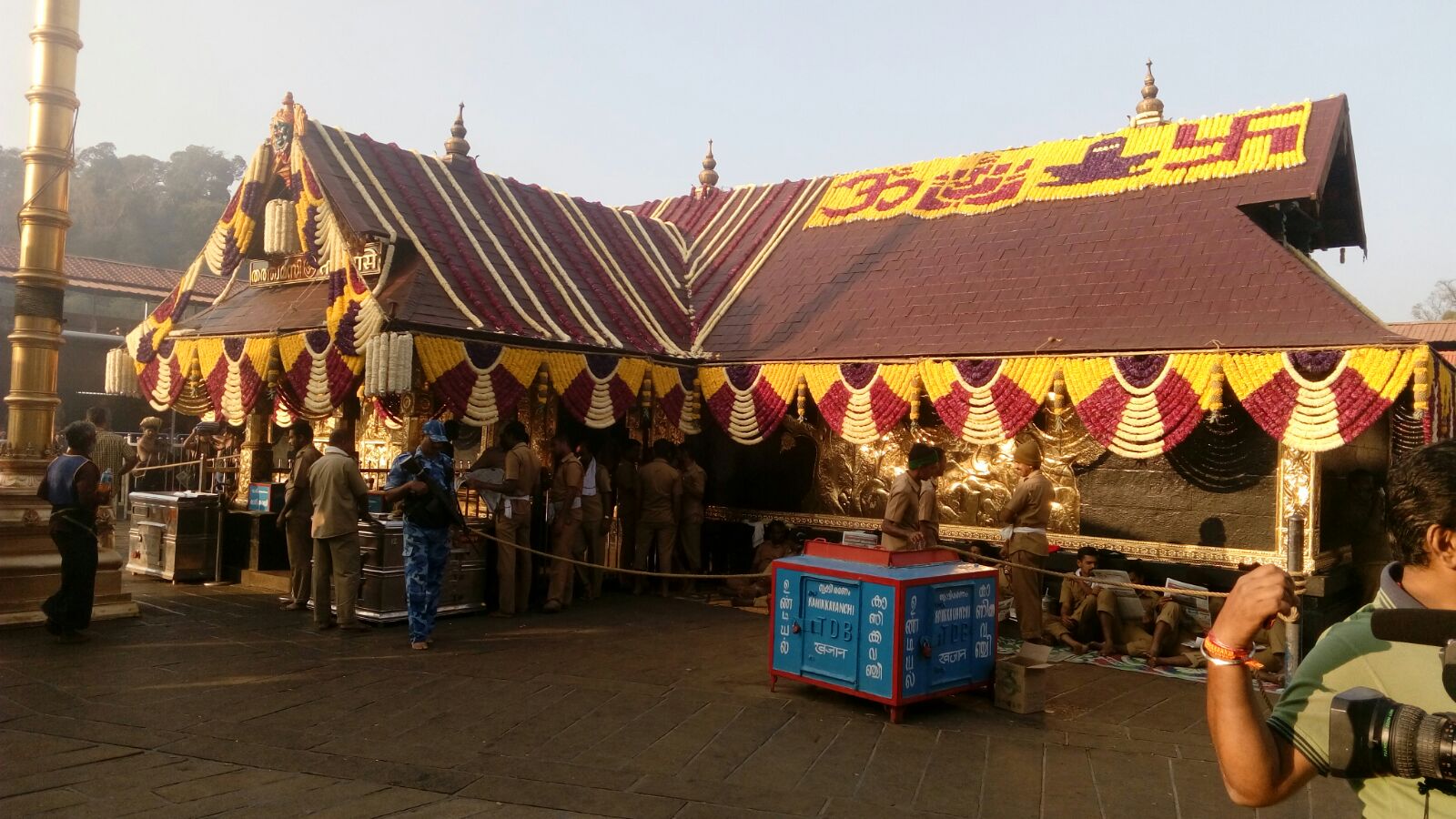 The Sabarimala temple is located in the Periyar Tiger Reserve of Kerala . It is renowned for lakhs of pilgrims visiting it all through the year. They bestow crores of rupees on their favorite deity. Talking about donations in the year 2013, it amounted to 203 crores. On recording the income of Sabarimala, the turnout from the sale of aravana prasadam alone stood at 74.50 crores. It is situated in the amidst beautiful and scenic hills of Pathanamthitta District. The temple is visited by 100 million devotees every year. The visitors are expected to follow a 41 day fast before the pilgrimage. At this time, they are refrained from non-vegetarian food of any kind (except dairy), alcohol, and tobacco, and even sex. This is to ensure cleansing of the soul from the core !! So now you must be completely aware of 10 temples that are ranking top in terms of economy ,not even by selling anything but by blessing ordinary folks to have a better life. The head authorities of all these temples are doing a great job. They are managing thousands of devotees every day. The donated money is put to good use.