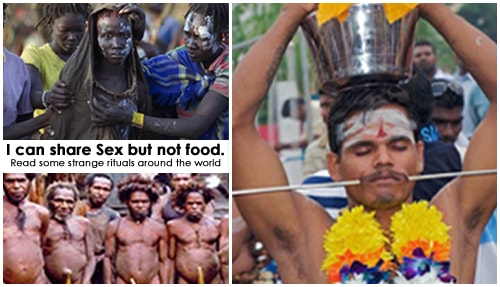 Our world is full of diversity. somewhere if one things is wrong then it’s not mandatory that it will be wrong in whole world. I gone through some strange rituals like jallikattu, aghori, plunking hair and many more. peoples and these rituals are really strange for common man.

we people are so taboo about sex, but there is some parts in this where where people are so advanced and they don’t feel ashamed to either doing sex before marriage or choosing the partners.Checkout this mind blowing collections of Strange people and their rituals.