As we all know, our nation India is full of history and mystery. There are many Haunted places in India, which real untold truth might get you goosebumps. Here, in all 15 top haunted places we are trying to let you know the real and most interesting facts about this. So let’s have a tour. Do hold your heartbeats. Furn hill hotel is giving strange and mysterious experience to their visitors. This came more into the limelight when it was experienced by our Bollywood celebs. As Actress Bipasha basu detailed, Once Saroj Ji and her troupe checked in late at night and were kept awake by someone rearranging the furniture in the room above. The dancers who had an early morning shoot tried calling reception but the phone was dead. Desperate for sleep, some went down to complain, only to have the receptionist escort them outside and point upwards to show that there was no floor above. However now the hotel is shut down due to all these experiences by a long time customer. This beach at Surat, Gujarat is said to be haunted by the spirits of the souls which are still looking for peace. When you take a look along the beach and you can hear clear whispers of people talking. And when you actually see there is actually nobody around. It is believed that the beach was used as a burial ground for long time and hence is home to several tortured souls. This beach is also called as has black beach. The beach is around 20 kilometers southwest of Surat. 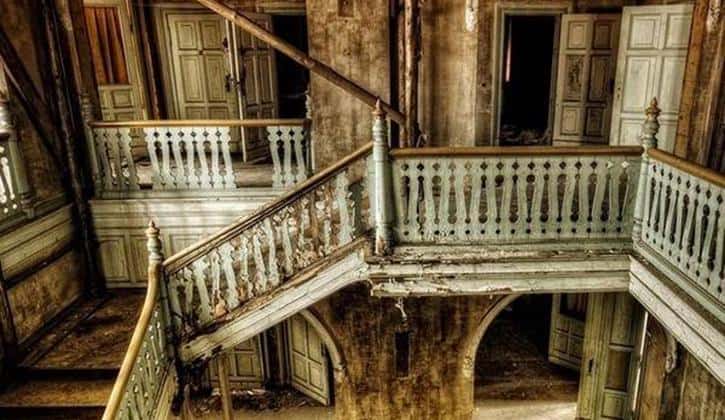 It is to be believed; a woman fell in while trying to fill water and drowned. Since then, many people claim to have witnessed the ghostly apparition of the woman by the well at night times. ‘The Lady of well’ Many times make sounds and people have heard that. D’Souza chowl is located at Mahim area near Canossa Primary School in Entertainment capital Mumbai. Many times that lady in white saree roaming around as good the point, the spirit is not harmful to any of the people.

Shimla – the beauty of nature is having many haunted stories including this most famous of Railway Tunnel Number 103. The tunnel itself is wet, damp, dingy. It is around 140 yards long and quite a scary place itself. There are different kinds of spirits. Once Captain Barog, a British engineer, was in charge of building this tunnel but failed to build it.

The British find him and he killed himself out of humiliation. His spirit is rumoured to roam in the tunnel and has friendly conversations with those who see him. Locals also claim to have seen a woman screamingly running into the tunnel and then vanishing into well. Mukesh mills was established in 1975 in Colaba, Mumbai near to Arabian sea. It’s been close since many years as a major fire in the mill. It is said by the people that the persons who died in this fire accident, their soul do not rest in peace and visits there may times. One of the most famous incidents reported in Mukesh Mills was, of an actress getting possessed by a spirit and warning off the staff to clear out of the place in a spooky male voice. Much ghost activity is also in the rumor about this place and many of having horrifying experience about this scary place. At One night in 1825, all the people of Kuldhara and 83 nearby villages vanished all of a sudden. Kuldhara was established in 1291 by Paliwal Brahmins, known for their business and agricultural. It is located near Jaisalmer in Rajasthan. As per, a story talks of Slim Singh, then minister of state. One who fell in love with the beautiful daughter of the village chieftain.

He threatened the villagers of huge taxes, should they fail to get him married to her. The chief of the village, along with those of the nearby 83 villages, decided to abandon their villages. It is also said that the villagers, before leaving, cursed the village that no one could ever inhabit the land and till the date no one can’t think of living in that land. A Lothian Cemetery that is situated just a five-minute distance of Kashmere Gate, Delhi. As per, rumor, it is believed that before the 18th century, this place was used by the Muslims to bury their loved ones. Since the British found the place big and clean, they decided to use it as an only British cemetery. Before using it, they cleaned the whole place by digging up all the old graves and removing the dead bodies.

The name of this cemetery place is also given on the name of the British person, who prepared this graveyard for the use of the then government. Many people have seen a headless ghost walking in the Cemetery with his head in hands.

8. The Church of three kings – Goa

Goa reminds us of beautiful beaches and fun but there are some scariest places also available. At the southern part, of Goa there is a village name candaulism. The church of three kings is located there. This church is repeatedly haunted as it was the site of a meal given by one king who wanted to gain power over another two and poisoned them.

The story goes that the third king eventually killed himself also by poison, possibly out of guilt. The church is situated atop a hill in Goa. This Church is also the main attraction of foreigner visit. Meerut’s GP Block, a compound with three spacious buildings in which nobody dares to lives nowadays. According to the people who have witnessed the abnormalities, four men were spotted drinking, also a woman in red was spotted by many. The reason it is spooky is that none of the witnesses could ever figure out who these men were.

People of this area generally avoid that route to go because of ghost experience. The same thing is repeating again and again. This has been considered as one of the most haunted places in India might every people don’t know about these. Dow Gill, Kurseong is a small town located about 32 kilometers from the famous hill station of Darjeeling. Many headless ghosts seems to be present there. Also, he does more than just making an appearance, but while walking alone on the roads at Dow Hill, several people found themselves being followed by the headless zombie.

Later on, this ghost would just disappear in the forest but would forever haunt the memories of the person who saw it. People talk about how anyone who ever saw this ghost would always have that feeling that they are being followed by someone or there is a pair of eyes looking at them at all times. This feeling would depress the person so much that it would eventually lead to a suicide.

1 thought on “15 Top Most Thrilling Haunted Places In India”