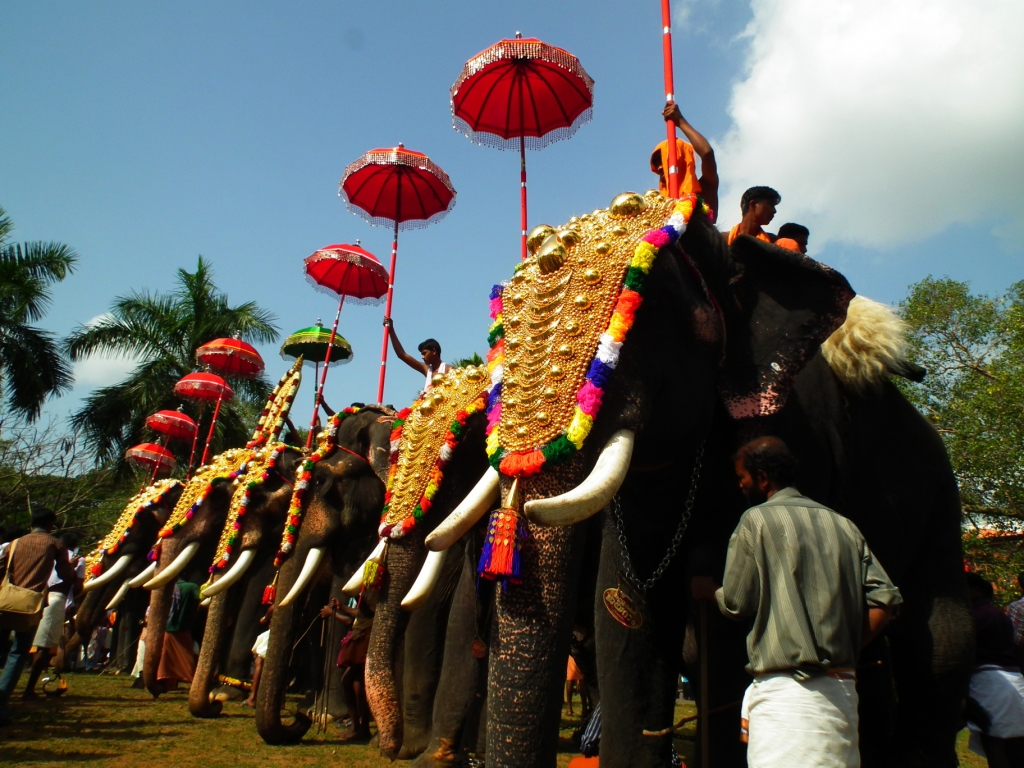 India is divided into 29 states and every state has their own quality. One such state is Kerala which is also known as ‘God’s own Country’. Kerala is situated in South India. Here is few mind blowing facts about kerala.

The state is known for its greenery and also for its backwaters. Kerala has always been an important place in the Spice trade of the world. The best thing about Kerala has to be the Kerala Backwaters because of their sheer beauty and inter connectivity. Kerala was always an important part of the literature, food, and economy of India and will be. So, let us know some facts about this amazing state.

“Kerala” stands for the land of Coconuts. 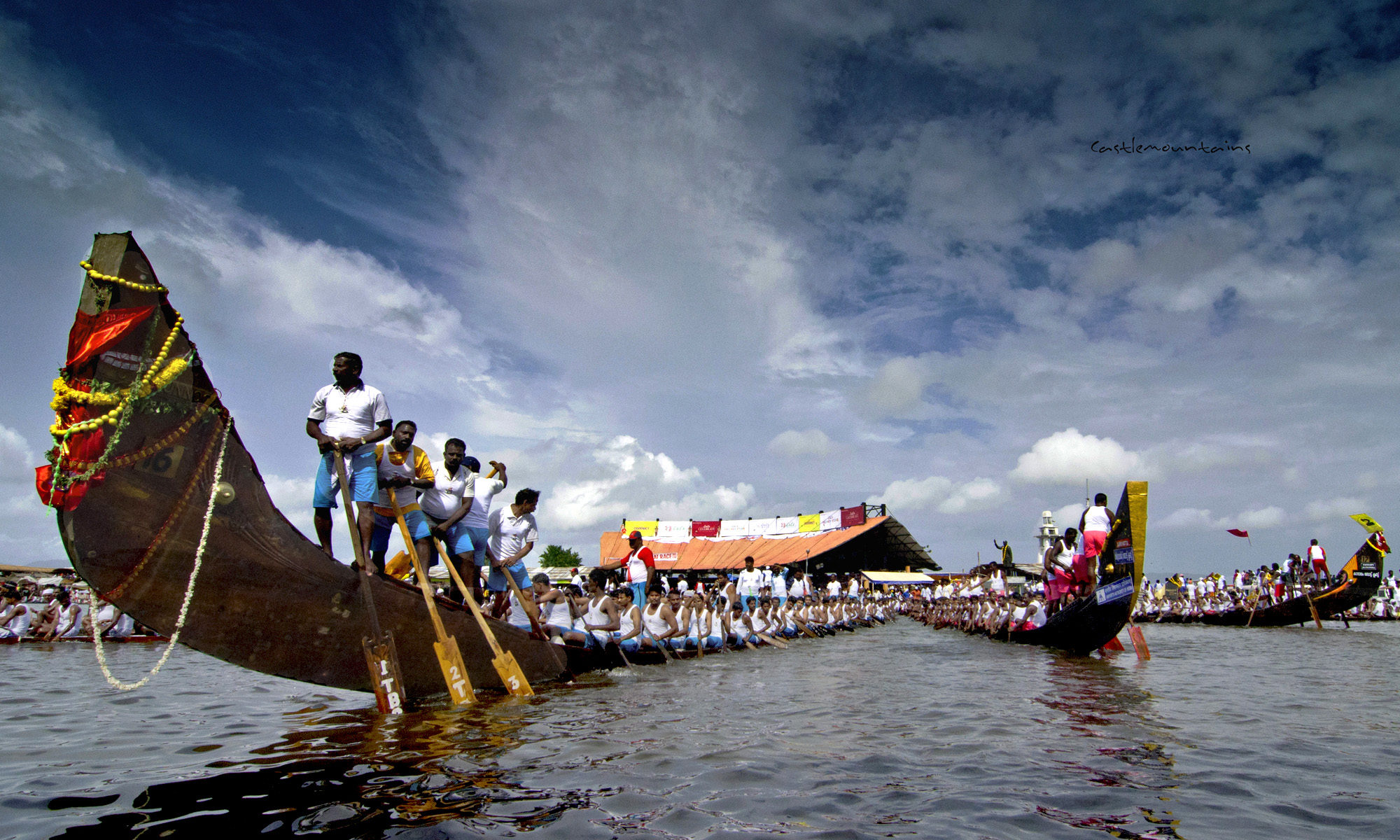 This is due to the fact that there are lots of coconut trees that you will find in the state. Coconut is an integral part of their daily lives.

Kerala has the highest female per male in India.

You will find 1,084 females for every 1000 males. This is interesting facts about kerala sex ratio is unequal in almost all the states of the country and Haryana outstanding all. Kerala also follows a matrilineal system where the women are the heads of the family. Several other positive social indicators are also present in Kerala. This includes the highest life expectancy rate, highest literacy rate, and the lowest population growth rates of India. 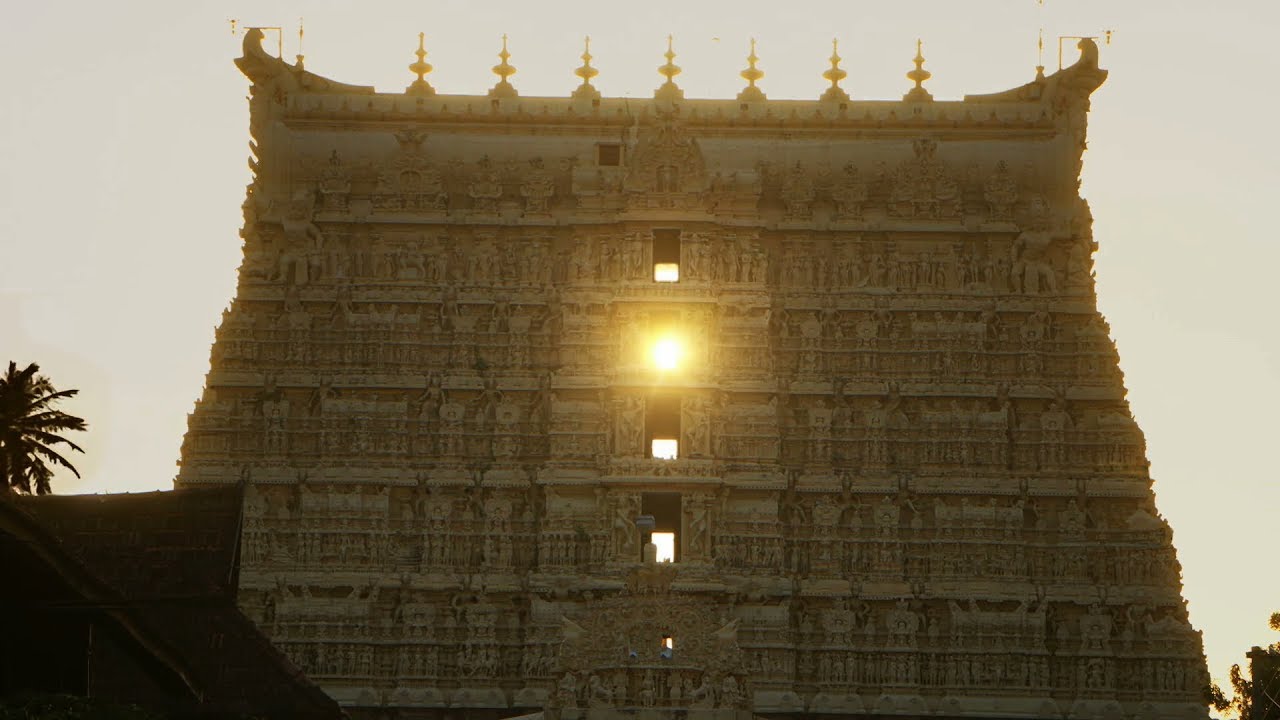 Padmanabhaswamy temple is the wealthiest Hindu temple that exists in the world. It is located in Thiruvananthapuram which is in Kerala. The assets of the temple are mainly in form of ornaments and precious stones. it’s one of the most famous and awesome places to visit in kerala.

A Place where monsoon come first in India 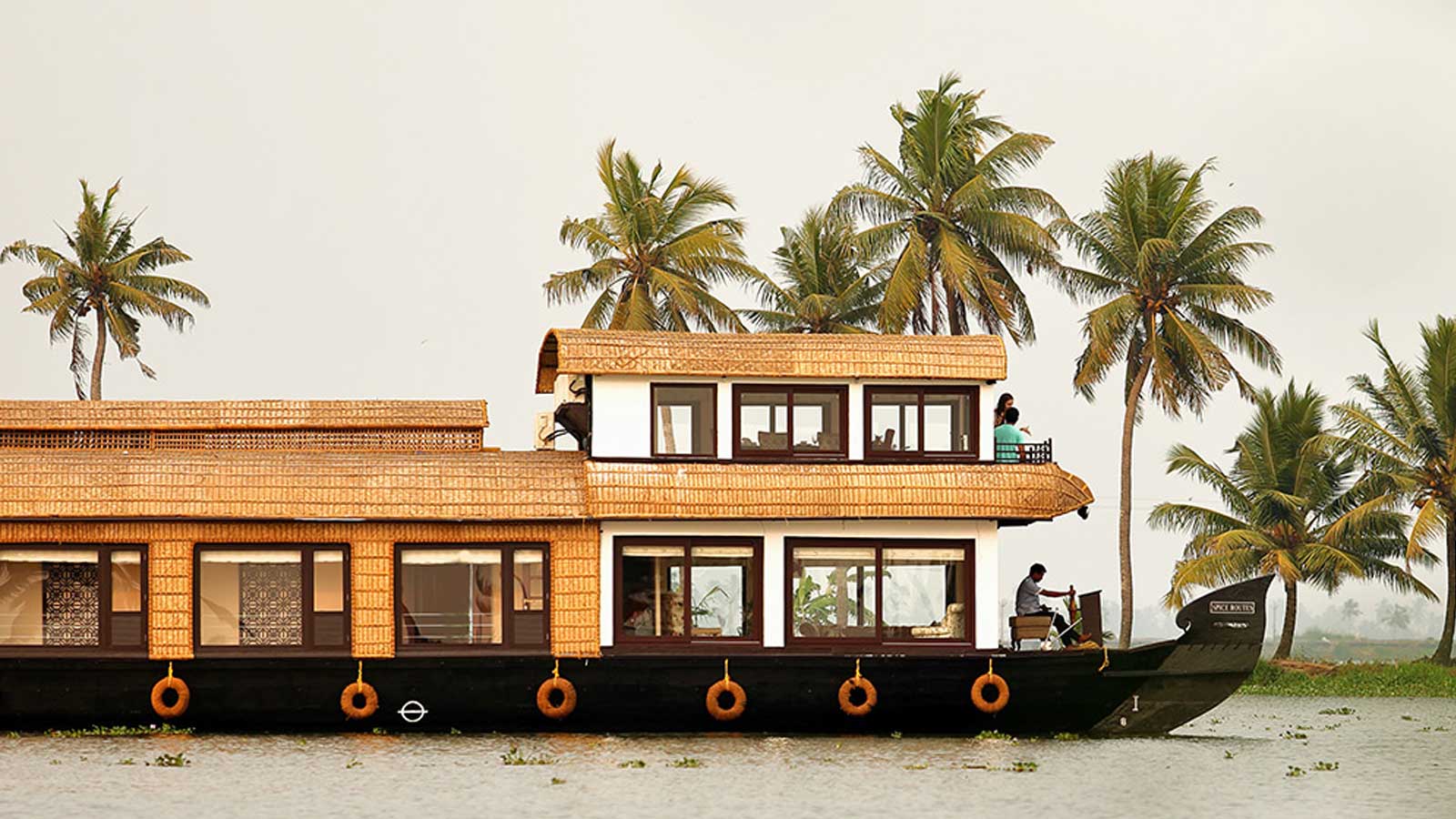 Kerala being in the southern part of India receives the first rainfall of the monsoon season. So, the arrival of monsoon in India is determined when it hits Kerala.
The Kerala Backwater mainly consists of a chain of lagoons and lakes and is included in almost all Kerala tour packages you will ever see or buy. 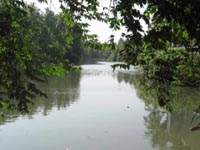 The backwater contains 5 main large lakes which are joined through canals and 38 rivers feed into them. The connection exists through almost half the length of Kerala. Almost 900 KM of waterways exist in this backwater. The water is mainly brackish in nature as the freshwater of the lakes and rivers gets mixed with the water from the Arabian Sea. They possess different types of floras and faunas which are unique to the place. The Kerala houseboats known as kettuvallams are famous. 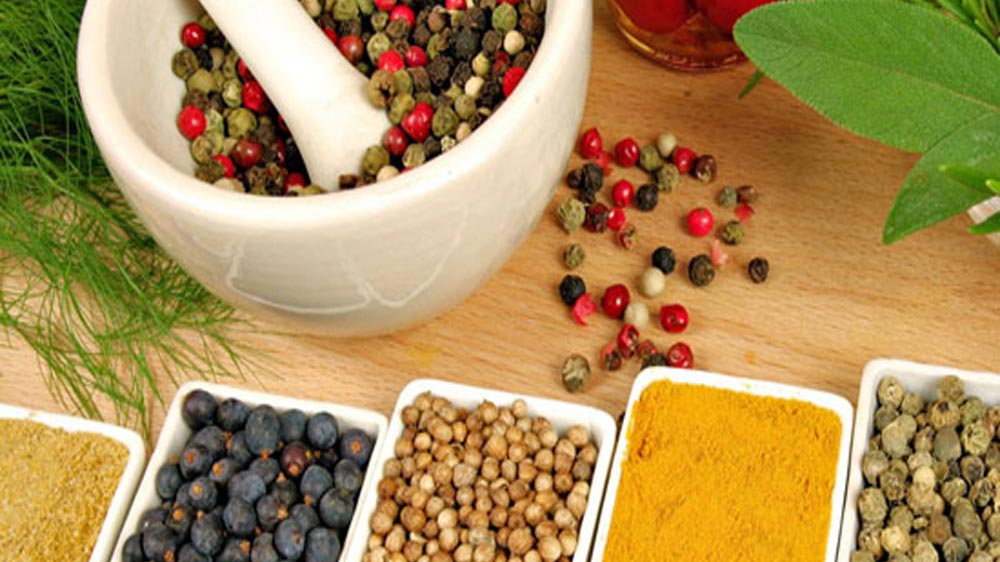 Kerala is often known as the capital of Ayurveda. This is because of the Ayurveda resorts that have cropped up in the recent years. But Kerala does produce an extensive number of herbs and spices. Ayurvedic schools and hospitals are found almost everywhere in the state.

Kerala has an intricate connection with their elephants. About 700 tamed elephants are there in the state which is mainly used for festivals. The government of Kerala has an elephant on their emblem. 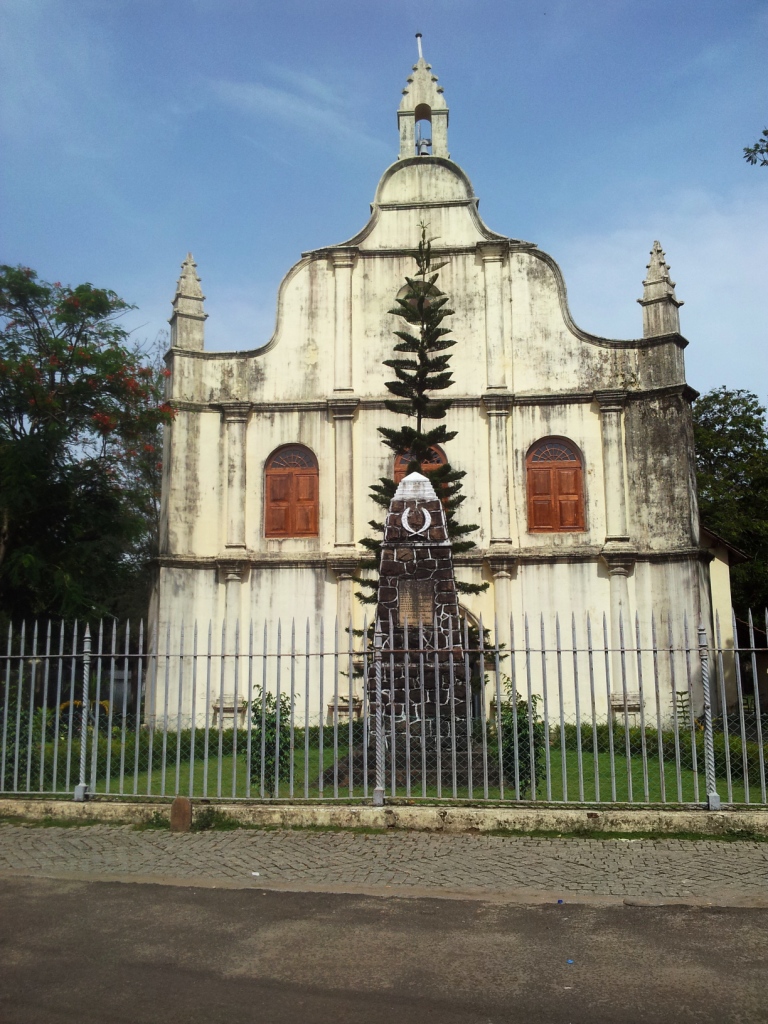 St. Francis Church is situated at a distance of half a kilometer from the Dutch Palace and easily accessible by walk. This is said to be the first European Church in India, built in the year 1503 by the Portuguese and said to have been renewed by the Dutch and late by the British. This is a worth visit because of the Great Navigator Vasco-Da-Gama was originally buried here at this church.

STORIES FROM THE PAST

Evidences date back settlements in Kerala to as early as 6000 BCE. From as early as 3000 BCE it is said to have been an important spice exporter. From then on it has been a formidable player in spice trade and has been linked with the Greeks, Romans, Arabs, Chinese, Portuguese, Dutch, French and the British.

The geography of Kerala is fascinating. Within a maximum of 120 km from east to west the landform changes from towering highlands to midlands and then the coast abutting the Arabian Sea. To add to the abundance of the variety in landforms it has a network of 44 rivers.

The rise and fall of the landform and the abundance of rainfall that makes the land fertile combine to provide spell-bounding views. The thick forests and plantations provide a haven for a multitude of flora and fauna. The mountains and plains alike provide amazing trekking and biking trails that offer splendid sights and experiences. The network of rivers and backwaters provide a serene backdrop for a relaxing ride on their famous houseboats.

The states of India have been formed on the basis of language. In Kerala, the most spoken and official language is Malayalam. The state was identified as a completely literate state in 1991. It has a distinctive culture owing to the influences of colonialism and its history in terms of art, literature, culture and lifestyle. They celebrate about 10000 festivals in the state. The arts and dance surround the temple culture of the region. Rice and curry are their staple food. It is one of the places in the country where food does not take a communal divide. People of different religions consume the same kind of dishes.
The interesting culture, art and dances offer a wide spectrum of experiences and the temples and festivals give a sneak peek into the elaborate customs and traditions of the land.

So, here are some of the interesting facts about kerala. We are sure that you would like to visit the state after reading these. Kerala is beautiful and it is often regarded as a travel paradise situated in India.