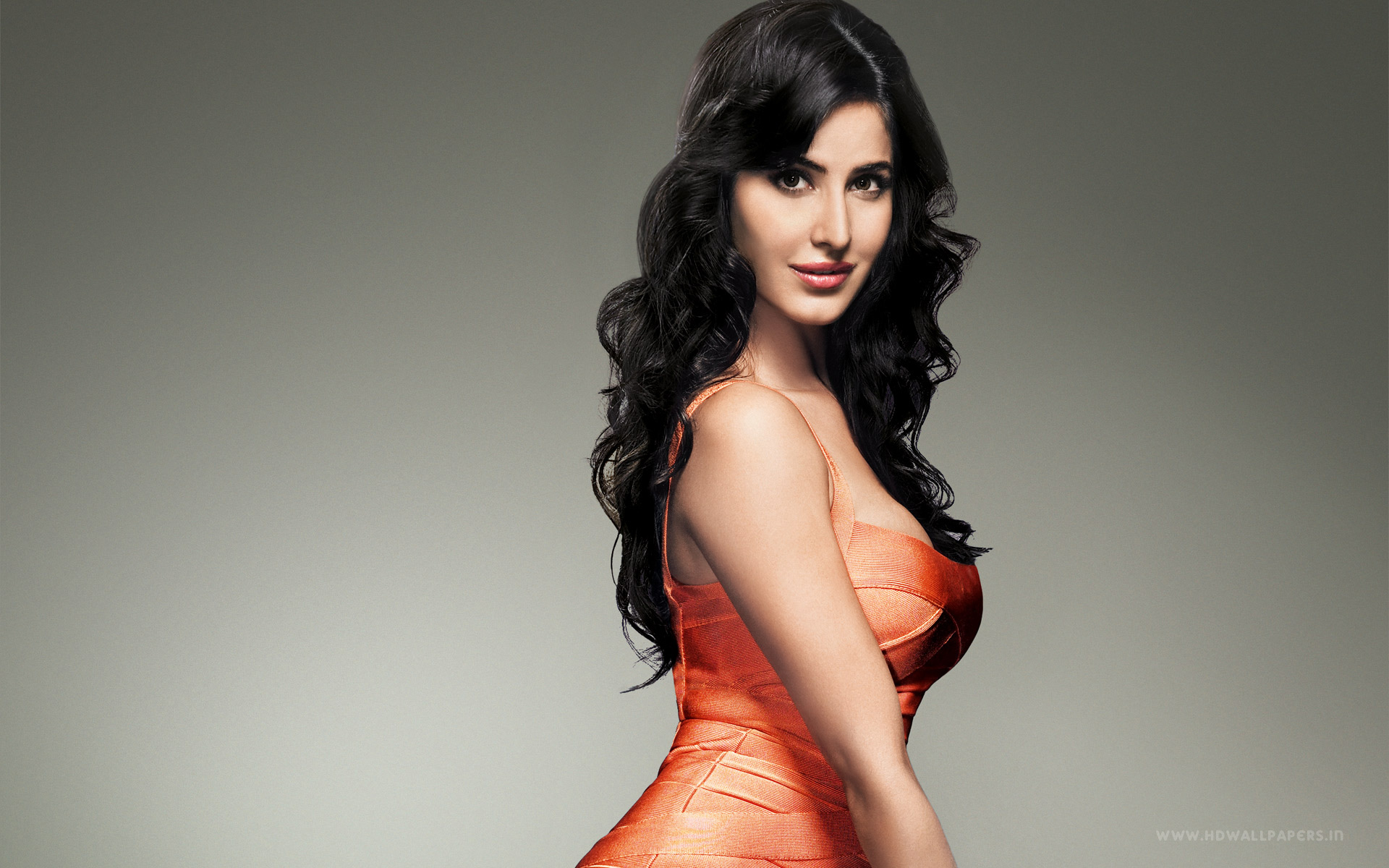 Bollywood and television celebrities are also like us. They also have certain fears, they too have certain limits, beyond which they don’t work. For eg-The fear of reptiles has made Tanuj Virwani include a no-snake clause in his contract. This is for his film ‘One Night Stand’ with Sunny Leone. Different stars have different terms and conditions. We take a look at the terms and conditions that some Bollywood actors are serious about …

That fact believed about the actors of going to any lengths for their role may not be true completely, atleast not always. This is sure that they make the impossible possible and the unbelievable believable on the big screen. Still, another thing to consider here is that all the tasks are on certain terms. Before a film rolls, they lay down a deal with different clauses. It’s known that the bigger the name, the more are the conditions that apply.

1. Sonakshi Sinha and her no intimacy clause: 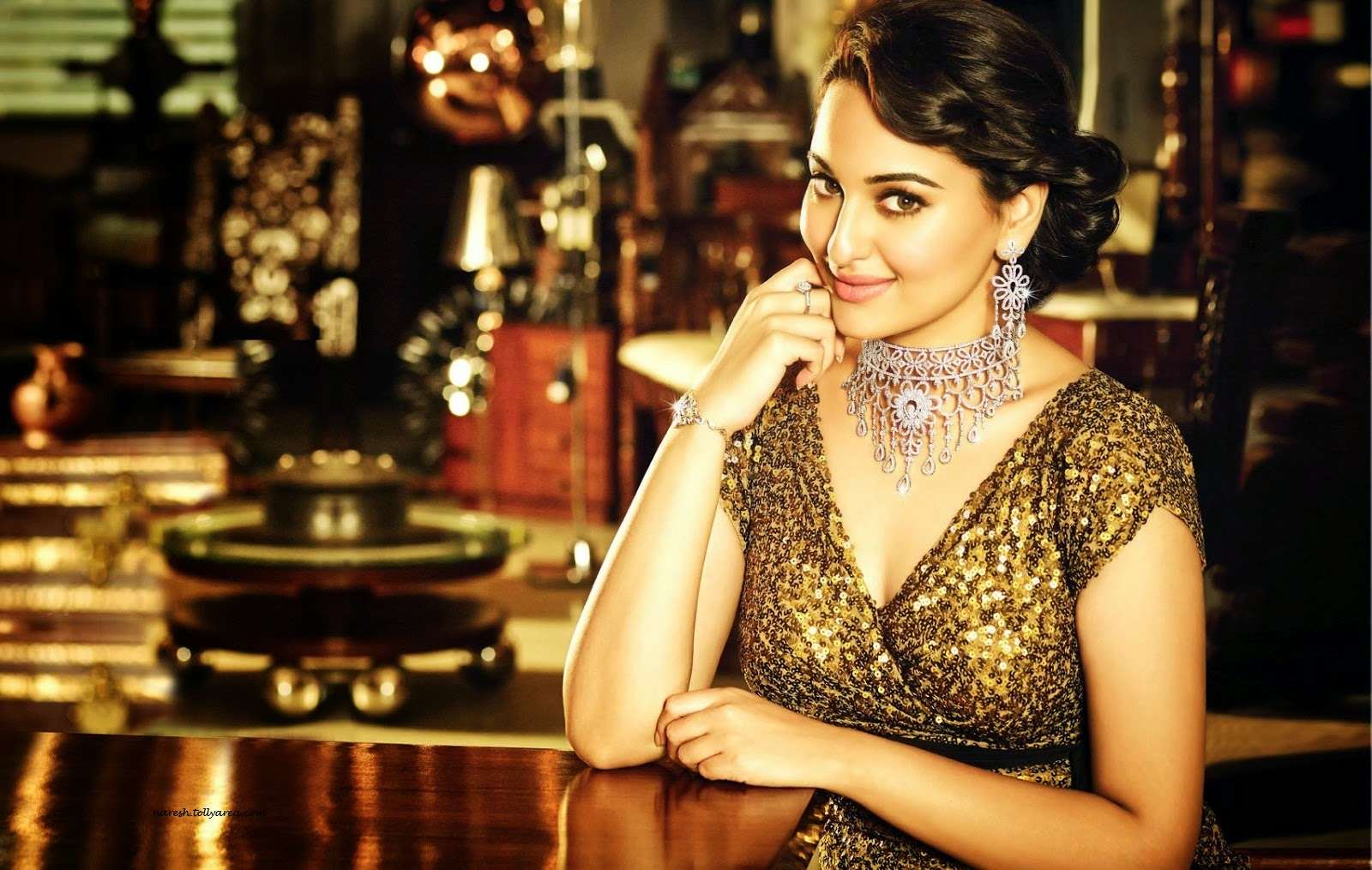 Sona is quite particular about the no-kissing, no-intimacy clause in her film contracts. No mouth-to-mouth kisses.
Contract clauses of Bollywood folk have often bordered on being demanding. Presently, most Bollywood films are incomplete without bold, intimate scenes. The liplocks in almost all films are common. While most stars have shed their conditions when it comes to kissing, Sonakshi Sinha refuses to do so. The actress has a no-kissing and no-intimacy clause in her contracts. She is not only uncomfortable with the idea but she also does not consider it as part of her job.

2. Tanuj Virwani and his no snake clause: 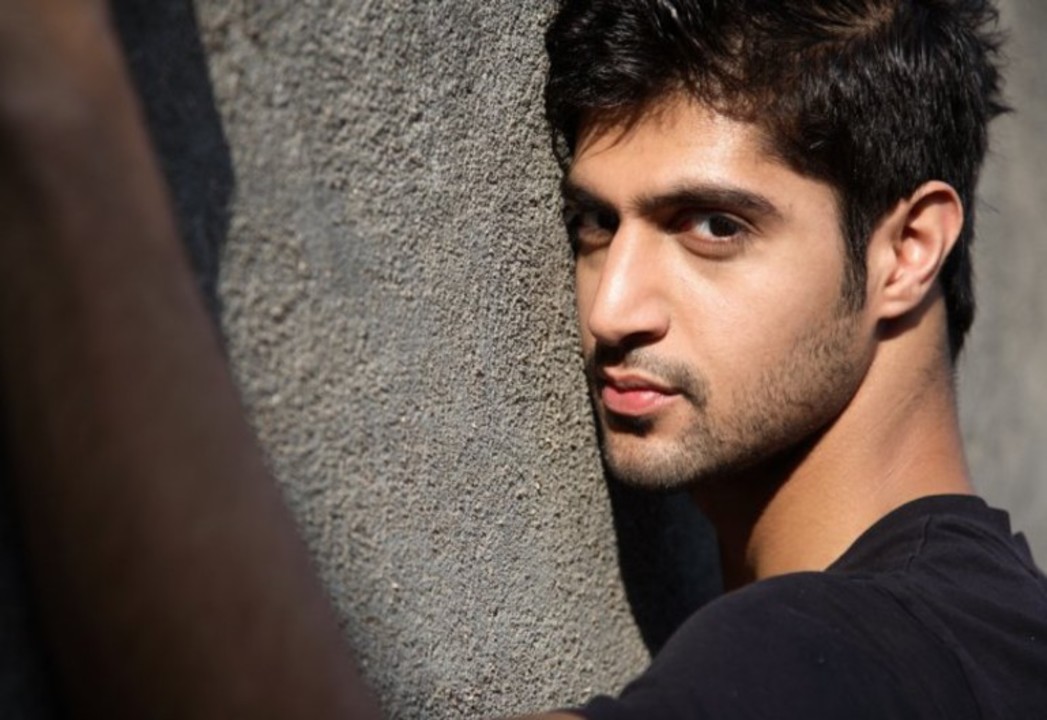 Now even the younger lot is becoming quite vocal about what they expect from the makers. They are quite particular about what they will do and what all they will never do. Here we can talk about, Tanuj Virwani, who has added a ‘no-snake’ clause to his contract for Jasmine D’Souza’s ‘One Night Stand’. He will be working opposite Sunny Leone in this film. The ‘Purani Jeans’ actor has herpetophobia. It is an abnormal fear of snakes and reptiles. Yes, it might sound strange, but it was a cause of great concern to him. This was as the film was to be extensively shot in Thailand jungles.

Tanuj says, “I am petrified of snakes. My contract states that I wouldn’t be asked to shoot with them or even near them. The producers have been gracious enough to accept this clause in the contract.”

3. Kareena Kapoor and her no intimacy clause: 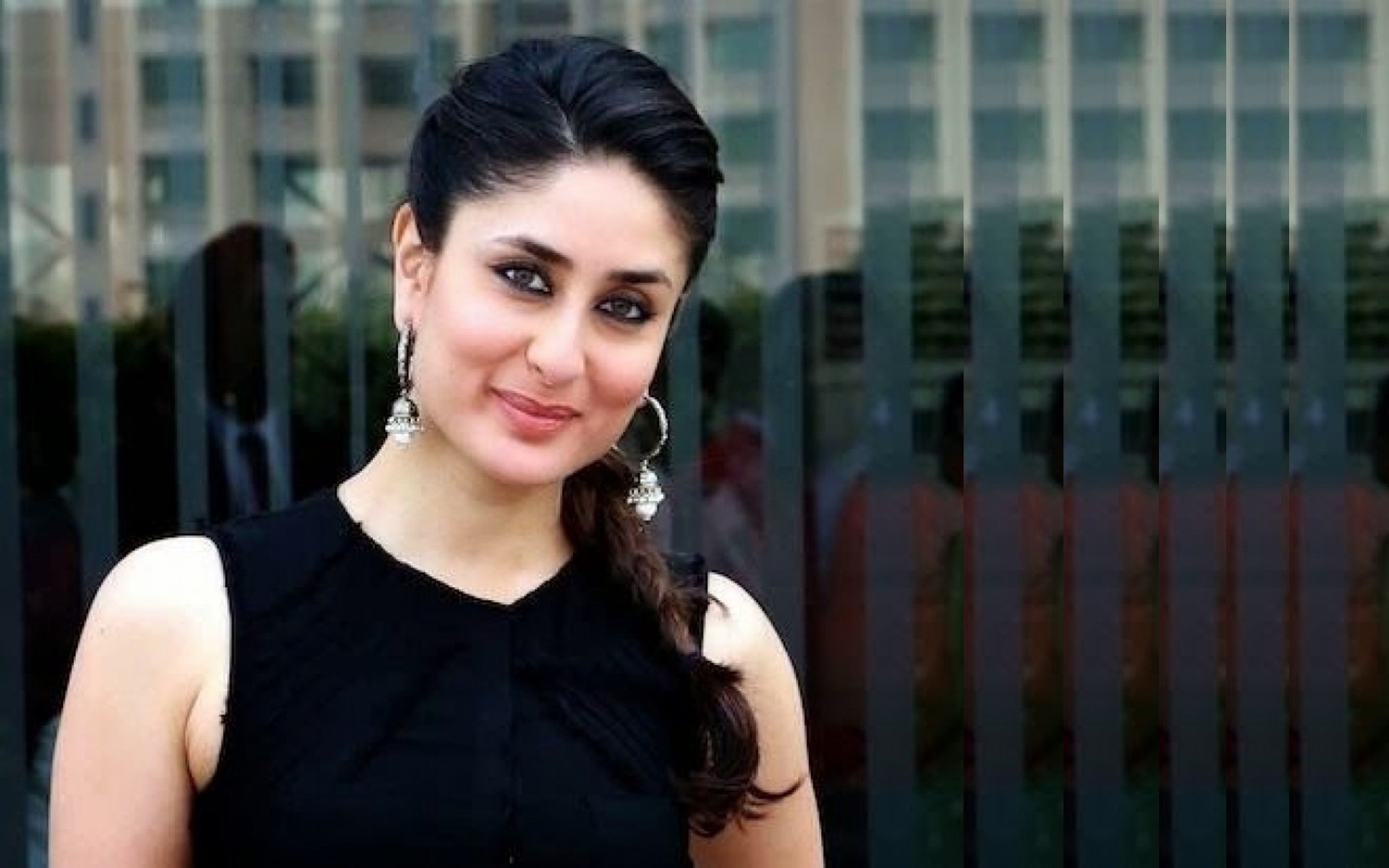 Before marriage, Kareena Kapoor apparently decided of not doing bedroom scenes and brushing lips with her co-stars.
I am taken!
Marriage spells were a stoppage to Kareena’s bold scenes. When Kareena Kapoor married Saif Ali Khan in 2013, she refrained from kissing and doing ‘bedroom’ scenes in her films. Kareena even refused to brush lips with co-star Ajay Devgn. This was for their film ‘Satyagraha’ (2013) during a romantic song sequence. A perfect Indian wife i must say.

4. Salman Khan and his no lip-lock clause: 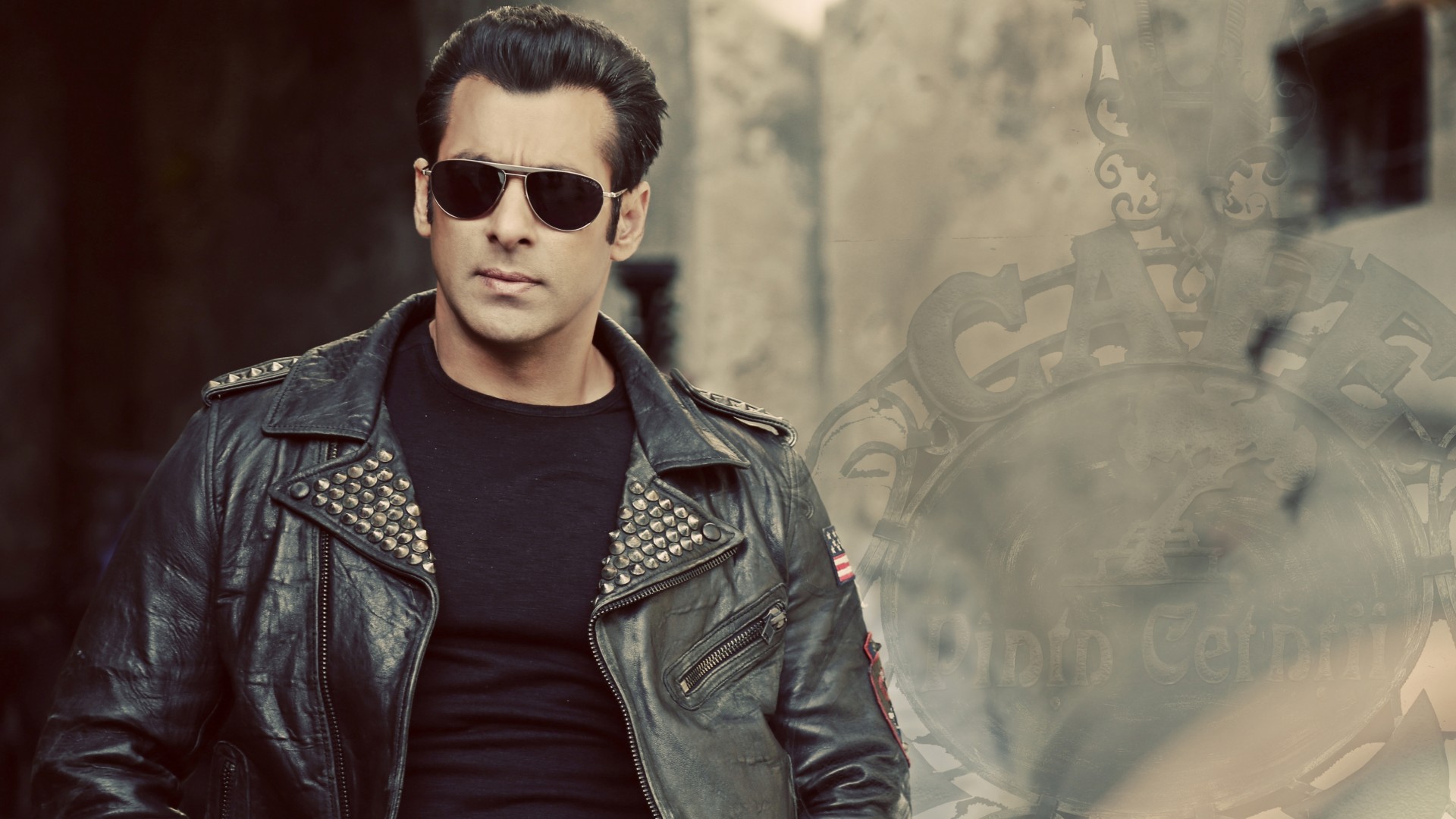 The dabangg of bollywood Salman Khan also doesn’t like locking lips on screen. This is as he is apparently not comfortable knowing that his mother (Salma) watches his films. He doesn’t want that his film should have any such scene which would not be comfortable for his mother to see. A true mumma’s boy he is. The star feels people should enjoy kissing in real life, and not in reel. Girls, do read it carefully, your dream boy is mumma’s boy.

5. Ali Zafar and his no kissing clause: 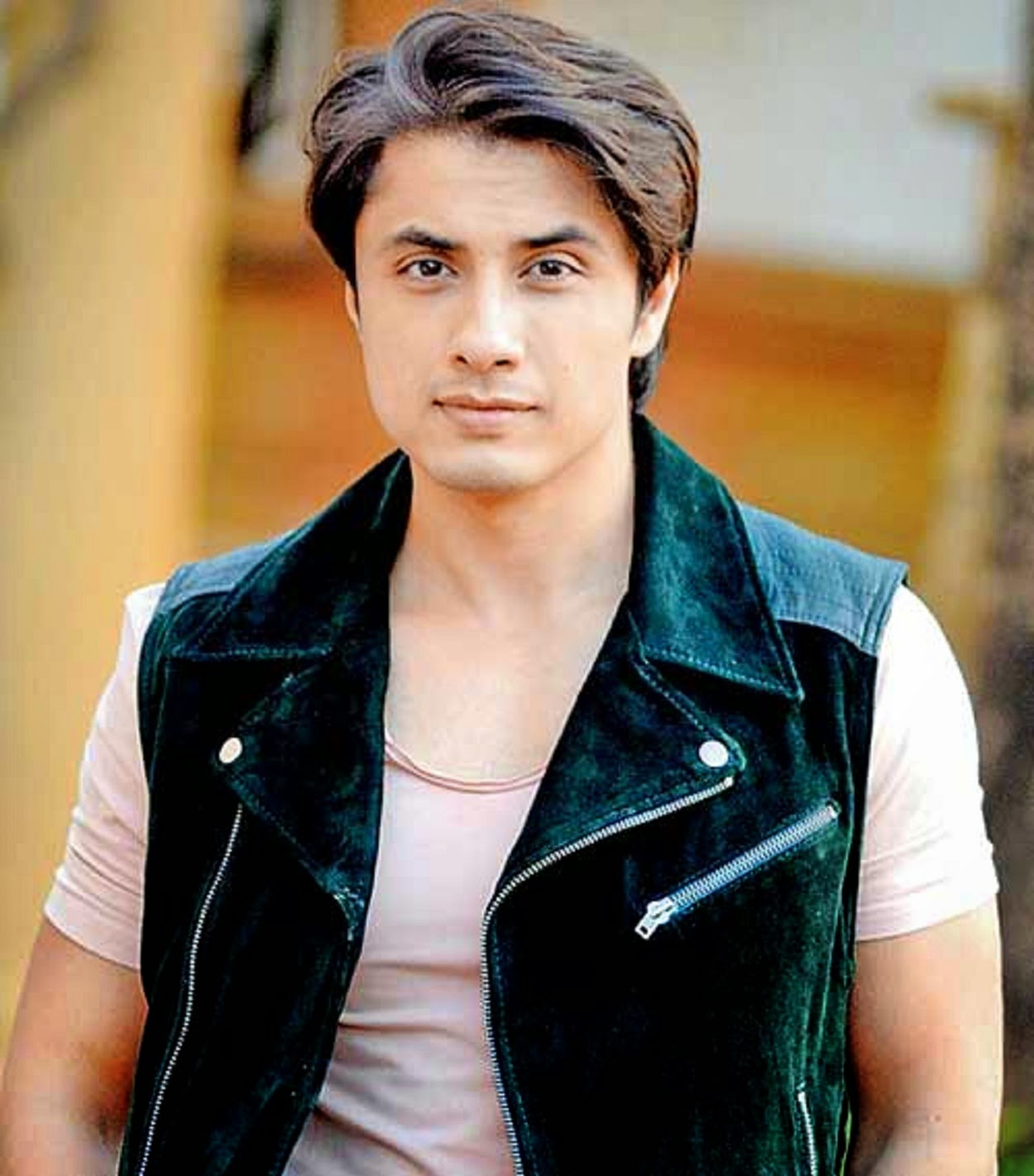 The Pakistani actor Ali Zafar also has a no-kissing clause in his contract. We are talking about his movie ‘London Paris New York’ (2012). Ali apparently got a body double to do it. What’s said is that he is constantly haunted by the thought of how people in his country would react to such intimacy on screen. Hmm, his religion and country plays an important role in his choices too.

6.Katrina Kaif and her doubt over kissing:

Madam Kaif was in a dilemma over buying the rights of ‘The Wedding Singer’. It was starring Drew Barrymore as the plot demanded a long kiss between the lead pair. The news is of about four years ago. Madam Kaif had said that she was in two minds about buying the rights of the 1998 Drew Barrymore rom-com ‘The Wedding Singer’. This was as a long kiss was integral to the plot. She, however, admitted that she had broken her no-kiss clause. This was for her film ‘Zindagi Na Milegi Dobara’. “But that apart, my stand on kissing remains unchanged,” Katrina said.

7. Hrithik Roshan and his pay extra per day clause: 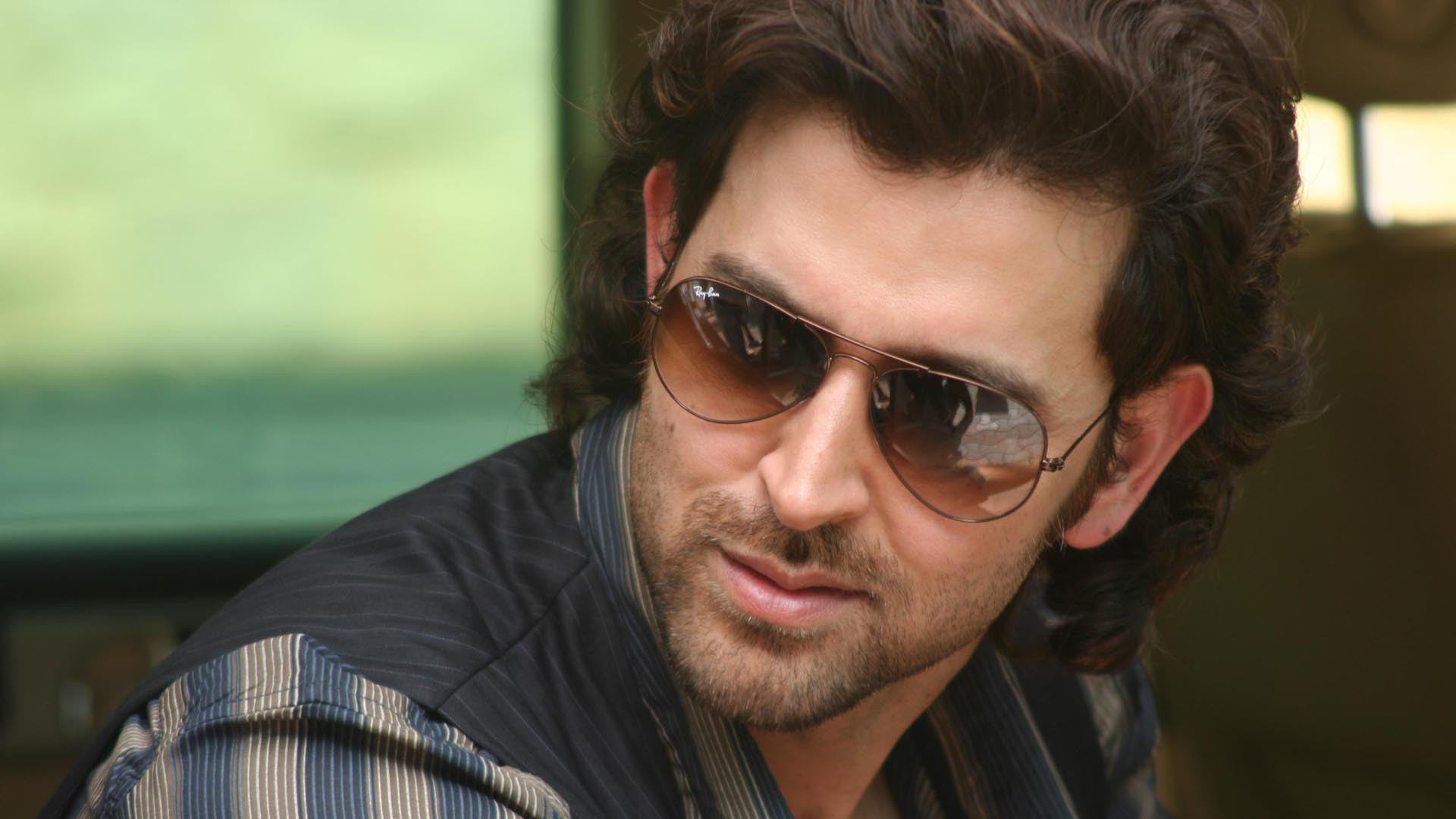 Hrithik Roshan has apparently introduced a clause in his contract for Mohenjo Daro. This clause is apart from his pre-decided fee. This clause says that he will charge extra per day. He will charge so if he is required to shoot more than the scheduled period of time. This can be due to delays or changes. So, Mr. Hrithik is hard to hire.

8. Aamir Khan and his clauses 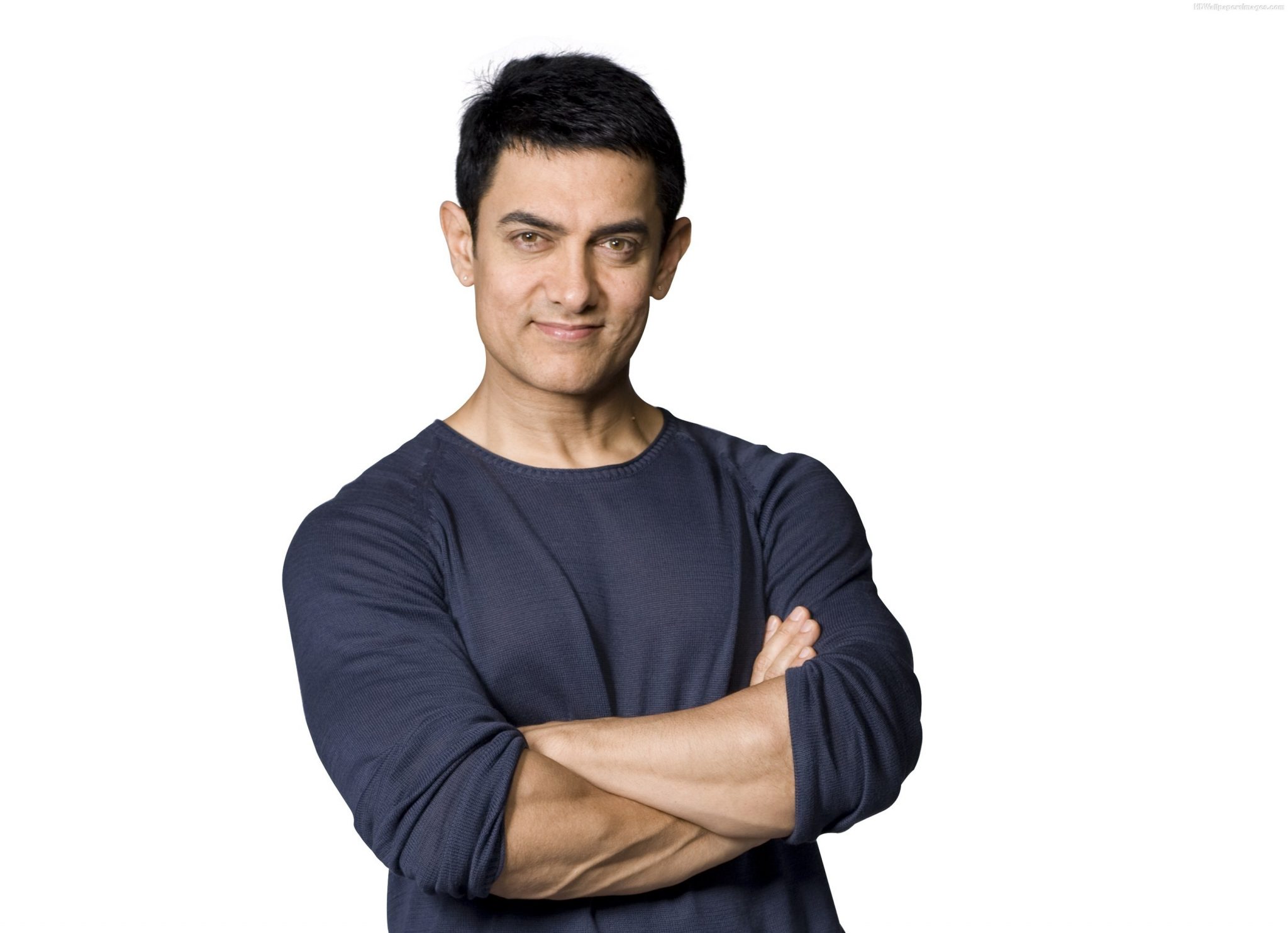 Aamir Khan set conditions before signing a deal with the makers of TV show. He did so in case of Satyamev Jayate. This is as he wanted that not just one channel, but the entire network as well as Doordarshan should air the show. This is so since satellite TV connection has a limited reach in the country. According to Buzz when Aamir did Dhoom:3 in 2013 he told the producers not to extend the franchise any further. Mr. Perfectionist has his own rules of working afterall.

9. Akshay Kumar and his Sunday’s off clause : 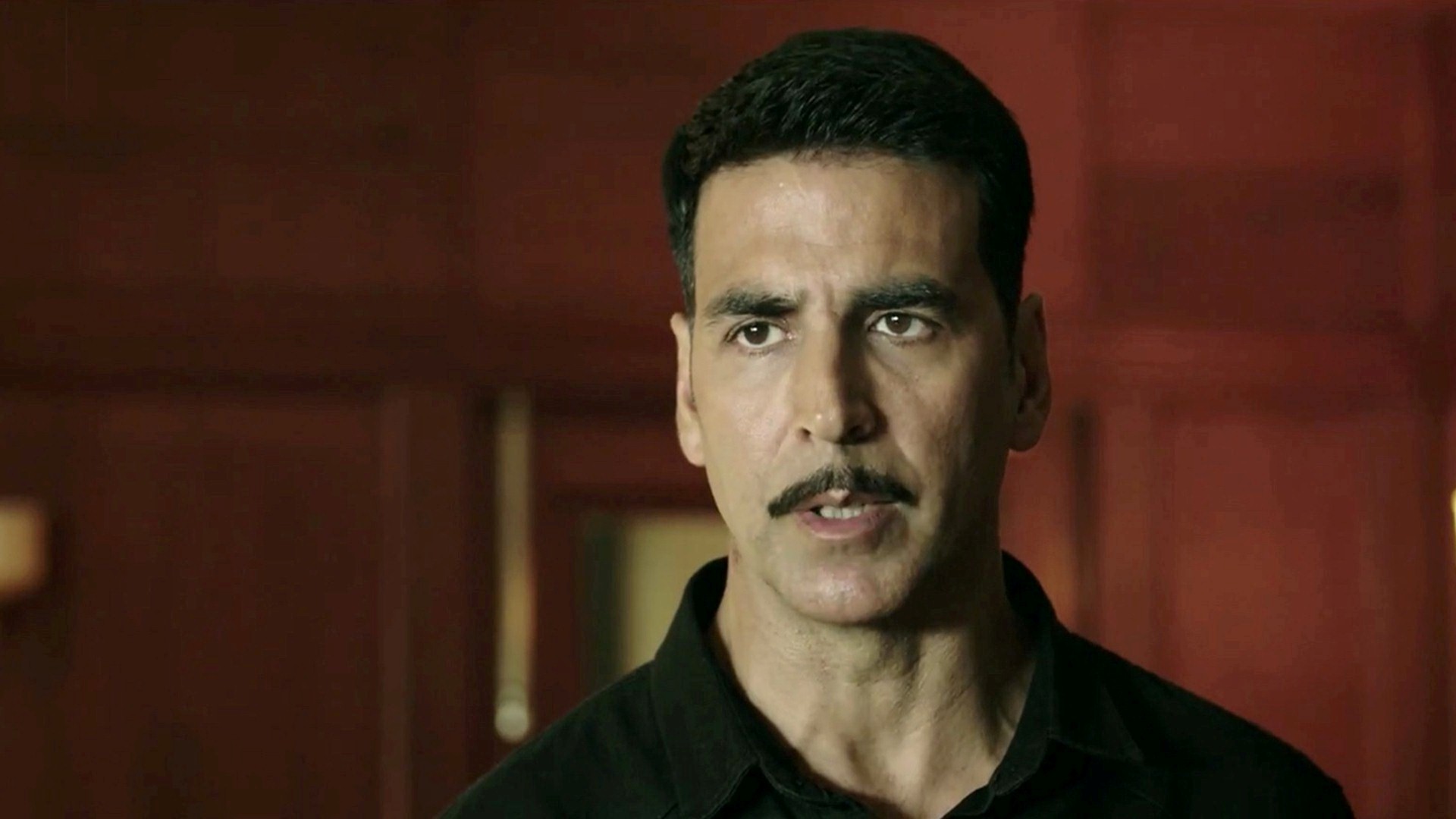 Many of you are known with the fact that Akshay Kumar doesn’t work on Sundays. This is so as the actors want to give his family some time and enjoys Sunday’s with his family . But he broke his self made rule to finish shooting for Milan Luthria’s ‘Once Upon A Time In Mumbaai 2’. He also did the same for Karan Malhotra’s film, ‘Brothers’. Akshay had also worked on his official rest day during Priyadarshan’s ‘Bhagam Bhag’ in 2006. A man of family and commitment towards his work. Akshay Kumar is definitely among the first choices of film makers.

10. BIGG BOSS and the Scripting Rules 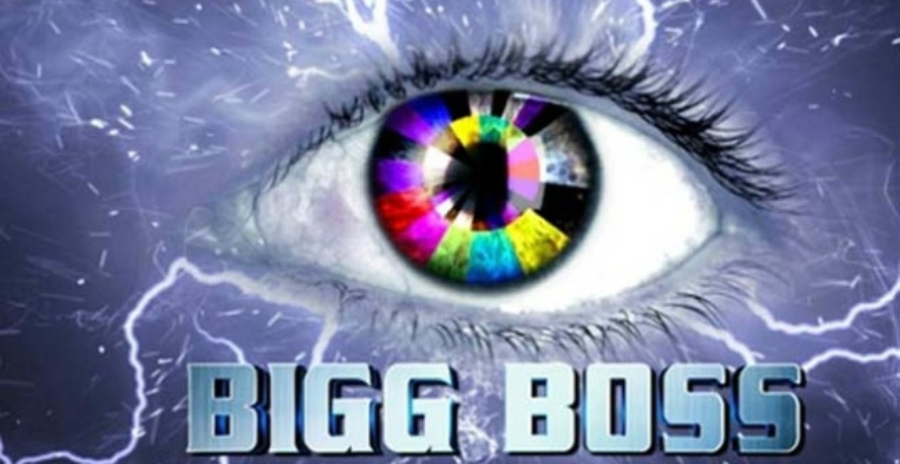 Reality show Bigg Boss contestants are made to sign a contract. It is a contract that states they will not claim that it was scripted. Oh! But what if it is?
They cannot share details of the show’s production process. The one who does so will have to pay a fine of Rs 1 crore to the channel as the candidate will violate the rules. Adding to it, for damage of property, the contestants will have to pay a penalty of Rs 50 lakh. Omg! Watching big boss every night is too easy but being it’s contestant definitely doesn’t seems to.

11. Sanjeeda Shaikh and her no kissing clause 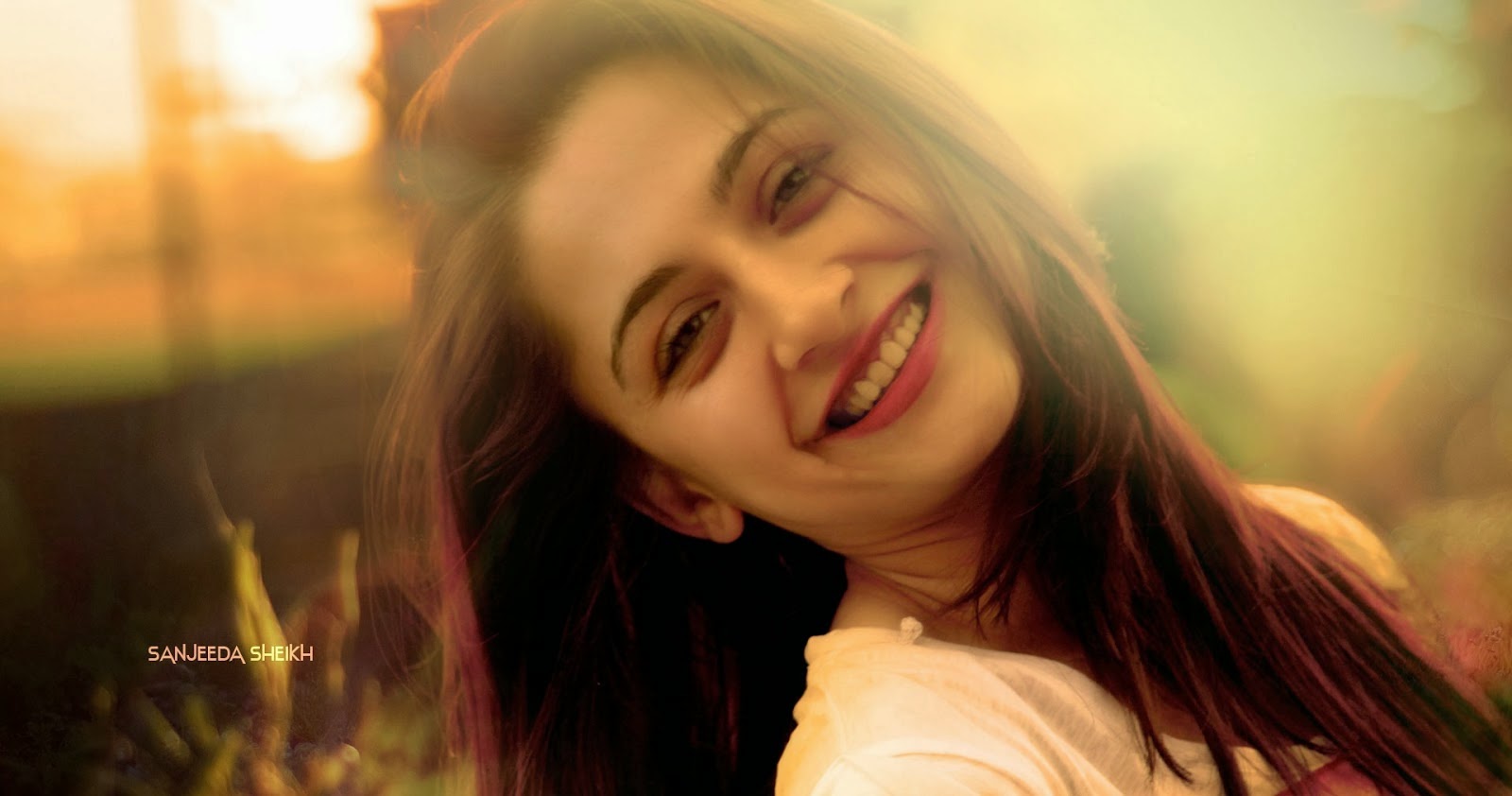 Sanjeeda Shaikh is not an unknown name for television industry. She is one of the much loved actresses of television. According to a report in a leading tabloid, the female lead actress, Sanjeeda Shaikh has a special clause in her contract – a ‘No-Kissing’ clause. As per the clause, the actress will refrain from locking lips. She also said a complete no for performing intimate scenes on-screen.
Another thing to mention here is too what makes this clause interesting. It is that this clause also applies to the shows Sanjeeda might take up in future with her real life husband and actor, Aamir Ali.
On one hand lip-locks have become commonplace in TV and films. One the other hand it looks like the lady has vowed to never perform any steamy scenes! 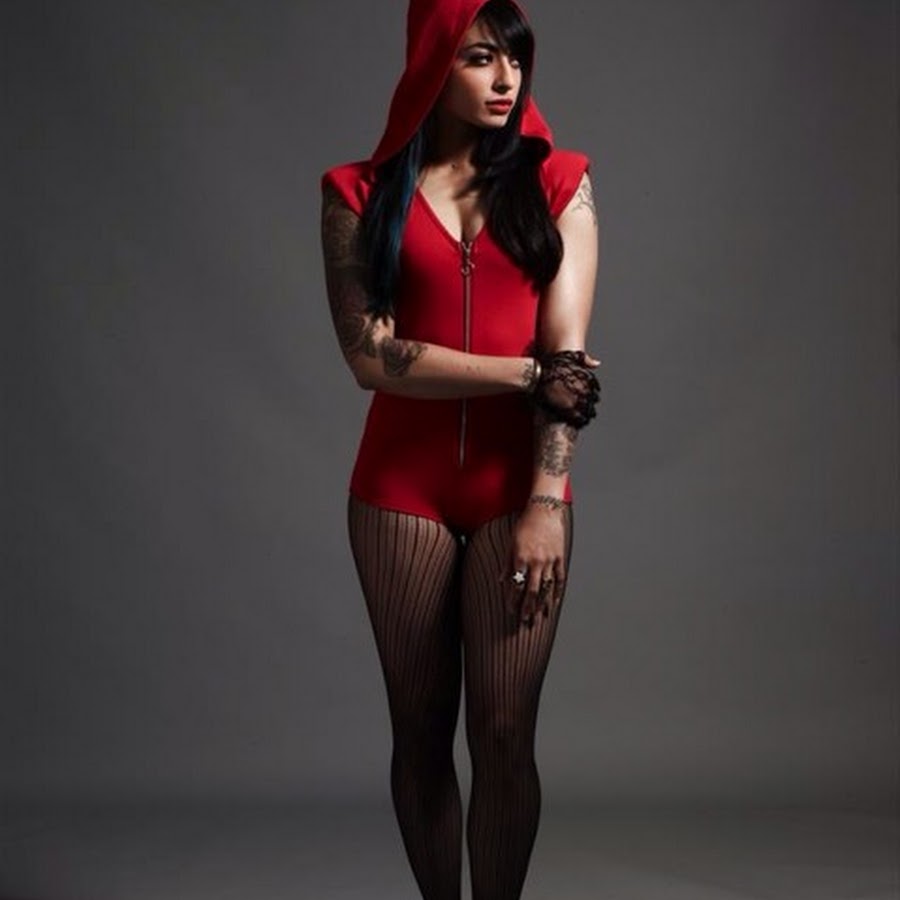 Here’s another well known name of television. The much loved ex roadie is next on our list. Yes, we are talking about none other than DJ Bani. Before signing the contract with Big boss Bani reportedly wanted certain demands to be fulfilled. As per a report in DNA, Bani’s contract was leaked in the media. In this contract she had demanded special food packets everyday. Definitely the makers couldn’t fulfil that demand. If they did so it would have been unfair to all other contestants. But the problem was that Bani follows a special high protein diet. So, the makers agreed to make a concession for her. Bani was supplied with unlimited number of eggs inside the house!
Ah! That was the reason why we saw her making eggs so often.

So, these are your much loved celebs and their demanding clauses.